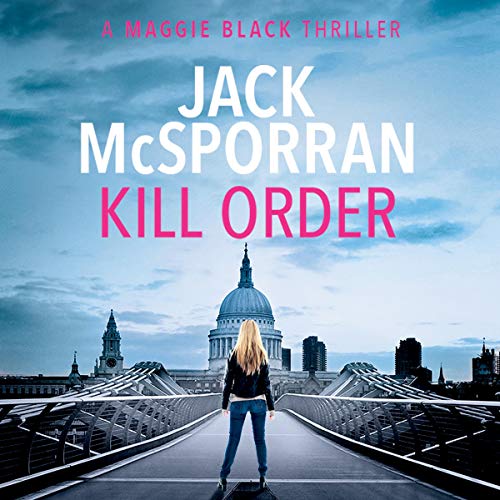 When secret agent Maggie Black agrees to protect the Mayor of London, she thinks she’s in for a boring night of babysitting. But the simple job gets a lot more complicated when an assassin arrives and takes out the Mayor, framing Maggie as the killer. Unable to explain the evidence against her, Maggie is branded a traitor and hunted by the very people she once fought beside.

With no one to turn to, Maggie relies on the one person who has always had her back - herself. From the hidden nightclubs of Madrid to the dark streets of Moscow, Maggie must delve into the depths of the criminal underworld to unearth the truth - and fast - because time is running out and the enemy is closer than she thinks.

What listeners say about Kill Order


Great story! I love reading about a female spy who can kick some ass. Maggie was an awesome heroine and Leon and Ashton were true friends when Maggie was accused of being a traitor and a murderer. I was saddened to find out who the bad guy was. I was getting a feeling about near the end but I sure was hoping.

There was an off screen sex scene between Maggie and Leon and you could feel how much the loved each other. It was a good part of the book. AND the F-bomb was used 13 times.

As to the narration: Lucy Brownhill did a great job on the voices and the emotions. It’s the first time I’d heard her narrate but I will definitely look for more from her.

I really enjoyed this book. I like Maggie Black, she is smart and kicks butt.

The story line and plot are good. There is a lot going on all the time. Fast paced and full of action. Mystery and intrigue too.

I am looking forward to more Maggie Black stories.

As for the narration it was very good. I liked it and the narrator did a good job on all the voices.