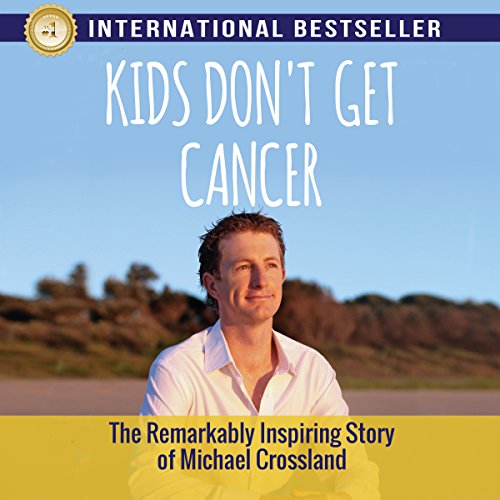 Michael has an absolute passion and belief in people's ability to change direction and become who they truly want to be and achieve success. This passion stems from his own story....

Before Michael was even one year old, he was diagnosed with an aggressive cancer of the central nervous system - a tumor had taken over half of his tiny body. The chance of Michael surviving was virtually nonexistent. He started chemotherapy at one year old and by his second birthday, doctors had basically given up all hope. His only hope was taking part in a drug trial program - a program of which Michael was the only participant to survive the treatment. Although he survived, he was left with some permanent scars - only one lung, a damaged heart, and a sensitive immune system.

Michael Crossland sets an example for all of us. He's a man who has faced (and still faces) extreme challenges in life, but he never gives up. And despite his own obstacles, he always puts others before himself and gives so much to people in need.

A true inspiration. A true hero.

What listeners say about Kids Don't Get Cancer

Loved the story. Need to listen again and again to understand and let it sink in.

What a great book. I wanted to hear more. I didn't want it to end. Maybe there a a Volume 2 coming soon. Michael is such an inspiration. Down to earth,. Genuine bloke.

Make this that one book if you are only ever going to read once in your lifetime.
INSPIRING!

Just... perfect. Would recommend to absolutely anyone (not just those experiencing the effects if cancer). Beautifully genuine message of Hope and inspiration that everyone can learn from and take to heart. 5 stars.

I loved Michaels story so much that I replayed it immediately. The narrative needs a little work with repeated phrases but the story is inspirational and engaging - unlike most similar audio books I have listened to.