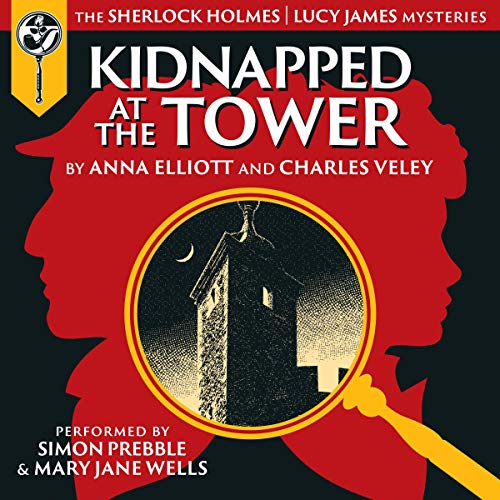 Kidnapped at the Tower

A strange disappearance. A desperate plan. And a fight to bring a small boy home to safety....

Narrated by the acclaimed Simon Prebble and Mary Jane Wells.

London, 1899: On a brisk fall day, a six-year-old boy and his nanny vanish without a trace during a trip to the London Tower. When the boy’s father, Lord Rollings, is summoned to the Tower to receive ransom instructions, he immediately puts Sherlock and Lucy on the case.

The clues are scant and the tension is high - every moment that passes could bring the boy closer to danger. When a second, separate ransom demand is made, the case becomes even more convoluted, and the Baker Street team must take quick and cunning action in order to find and stop the real kidnapper.

The stakes escalate when one of the Baker Street team’s own is put in mortal peril, and it becomes clear that whoever took the Rollings child will stop at nothing to keep him from being found. Can Holmes and his team rescue the boy and uncover the truth? Or will the kidnapper’s desperate plot succeed?

A fast-paced and witty Sherlock Holmes story with a labyrinth of compelling twists and turns and a surprise ending that will keep listeners guessing. Narrated by Watson and Lucy James, Kidnapped at the Tower stays faithful to the spirit of the beloved original series, while offering a fresh new mystery for old and new fans alike.

What listeners say about Kidnapped at the Tower