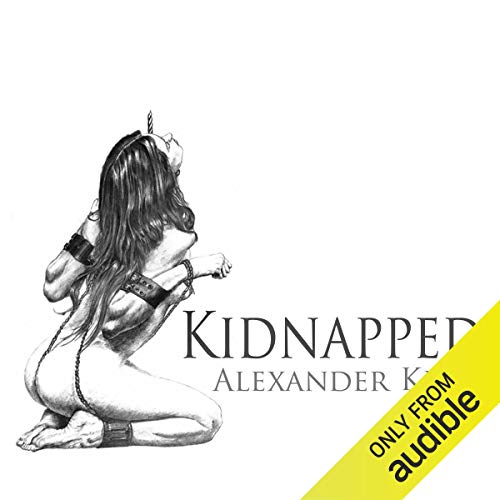 Snatched off the street by heavy-handed thugs, the panicked Paige is bound, gagged, and whisked into the back of a van. Despite her determined efforts to free herself, she moves from van, to concrete floor, to limousine, to a ghastly coffin especially fitted for the transport of a human slave. Arriving at her ultimate destination - a scary barbed-wire compound - Paige discovers that her boyfriend Robert has sold her into slavery. She's now one of many captive sex slaves residing in a hidden valley where a secret society of Masters and slaves exists, known only as Valhalla. Because no one knows who sponsored Paige into their highly organized society, she's passed among the valley's ruling triumvirate as they each attempt to cruelly torture the needed information from her. Paige has no answers to their interrogations, but she soon sees how the ruling members spar, and hopes to use this fact against them and finally earn her freedom. Before long the feisty submissive - who just happens to relish her masochistic sex - is dubbed the 'Princess Bitch'.

In an especially cruel torture, she's deprived of the sexual fulfillment she loves. No matter how many frustrated insults she hurls at her conniving captors, everyone bows to her as if she were not a slave at all. In time, Paige learns that she alone has been forced into this strange brand of slavery, while the others are there by choice. Her secretive sponsor has planted her at Valhalla in hopes that she will bring down the triumvirate. In an odd twist of fate, she is poised to take on a powerful role in the future of the valley society. Although to secure that powerful position, she's required to submit to the meanest of tortures - taking 50 from the dangerous bullwhip, and then trained as a ponygirl forced into the brutal pony races.

What listeners say about Kidnapped

Contrary to what others review...

Contrary to what others review... I don't know why the author bother about kidnapping and getting sold if the main character is liking what will happen? and I'm having hard time to distinguish from a man and a woman voice.

Where does Kidnapped rank among all the audiobooks you’ve listened to so far?

As far as hardcore erotica goes, this is the tops!

When she was suspended and Leo and Taylor had their way with her.

It would have been nice

Excellent narrating. I would have liked more play on the love story

Becareful what you wish for!

What made the experience of listening to Kidnapped the most enjoyable?

The range of diverse situations played out during Kidnapped.

Yes, but I had to stop frequently. It was just too HOT!

I usually like erotica but this book missed the mark totally. Also the narrator was so annoying I stopped listening

Narration is so bad!

This book could have been very good but the narration makes it impossibleto even finish. I listen to audible books daily and can usually deal with mediocre narrators. Not this one! Will probably read this on Kindle but gave up on the audible after 3 chapters.

Pretty Much What You Would Expect

There was not much of a story line and the emphasis was sexual in nature.

I am looking forward for the use of the day!

I loved it very much and the narrator was good.
I would like to know more.

An amazing story. well written. kept me turned on the whole time!!! loved to finally find a story that finishes and not turn into a series.

In over my head

I was in WAY over my head with this one. It certainly opened my eyes to things that I couldn't even imagine as I really didn't know much about this world. It was pretty intense. But was well written that I needed to finish to find out what happened. Very HARD CORE, you have been fore warned. This was not my cup of tea. Or whiskey

WOW! I'm not sure I can put into words all my feelings about this story. There were so many . . . desire, trepidation, anger, arousal, terror, relief, joy. I warn you though, BE PREPARED. It is unlike anything you have read before.