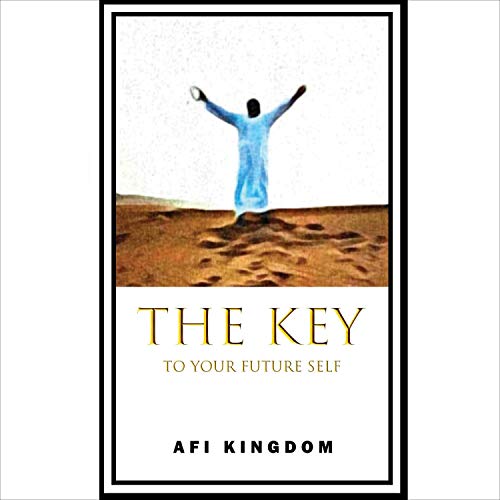 Keys to Your Future Self

Life is a beautiful gift from God. Some people are enjoying very beautiful and successful lives; but for others, life has become a torment to uncertain future. For a successful bright future, you need a motivational guidance, but nowadays, it is something rare and expensive. Worry no more, because your mentor Afi Kingdom is back with another motivational self-help book. This much-awaited self-help book is going to be your guide for your long journey to the future.

This book is coded with self-assignment which is going to be your partner in the long journey toward a bright successful life and future. This book is a sequel to the previous work of Afi Kingdom. As in previous editions, Afi Kingdom has emphasized on bringing change to model yourself for the future. Though there are many books out their which focus on change, the problem is that they only talk about change. They don’t even know themselves on how to bring a change. But you don’t have to run here and there or get frustrated because Afi Kingdom understands your problem and he got a magic stick for you.

In this book, he not only motivates you to a better future, but also gives step-by-step advice on how to deal with the new inner self you are going to carve out. From grooming out yourself to the best to building up an attractive personality, you will experience the change which only few lucky people are able to attain it. But this is not the only thing discussed in the book. Specific manual for the alpha male which is a sequel to previous work by AFI Kingdom along with the daily assessment task which has created the book much more interesting for the listeners.

Not killing the suspense, I would cut out short and emphasize the future successors to thoroughly listen to this work and grasp the gem by Afi Kingdom.

What listeners say about Keys to Your Future Self