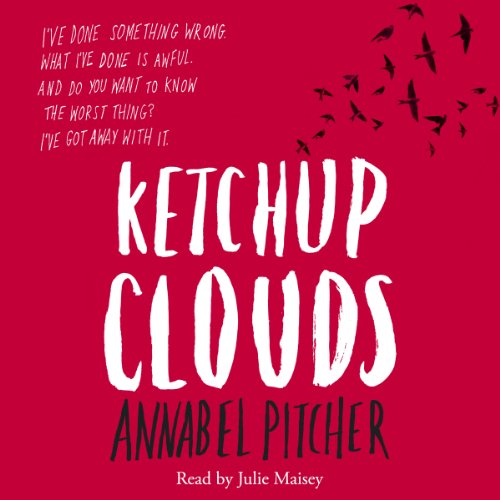 Fifteen-year-old Zoe has a secret - a dark and terrible secret that she can't confess to anyone she knows. But then one day she hears of a criminal, Stuart Harris, locked up on death row in Texas. Like Zoe, Stuart is no stranger to secrets. Or lies. Or murder. Full of heartache yet humour, Zoe tells her story in the only way she can - in letters to the man in prison in America. Armed with a pen, Zoe takes a deep breath, eats a jam sandwich, and begins her tale of love and betrayal.

Read by Julie Maisey. Julie Maisey is an accomplished actress who trained at The Webber Douglas Academy of Dramatic Art. Since graduating she has worked extensively in theatre and television including roles at The National Theatre , Hampstead Theatre and in Eastenders, and the Bill. Voiceover highlights include the BAFTA nominated and British Animation Award winning Dad's Dead and Peoples Britain as well as the many audiobooks she has narrated over the years. She lives in London with her partner and young daughter.

What listeners say about Ketchup Clouds

I think I just made a mistake with this. I didn't realize when i got this that its more for teenagers than adults (unless perhaps adults with teenagers?). Its very well narrated and the story is probably not bad but for some reason I found the main character utterly uninteresting and got bored with the story halfway through and couldn't finish it.

I'll be honest.... couldn't see where the book was going to start with, but I was pleased I listened to it by the end.

Entertaining listen, Good Story, well read
First I thought I hate Books that Tell you up Front that there will Happen somethung terrible and you just wait Till the end to find Out what exactly happend, but then the Story Kept getting better and better

Loved it I couldn't stop listening and I was disappointed when It ended. Amazing. Wow

I think we all have our own ketchup clouds

This audiobook came up as a recommendation based on other reads and I'm really glad that I did listen to it. The main character is beautifully portrayed, innocent and yet not, all told through a series of letters to a man in prison. You can feel her emotions and she takes you on the journey of what has happened as she fumbles her way through innocence to horror. Very good read / listen.

The narration is lovely but the storyline is disappointing. Not as good as her others.

This book is. Y far the best book of all time the lady who read it put allot of passion and I really annoyed how she read you should listen to all her books but this one is the best by far