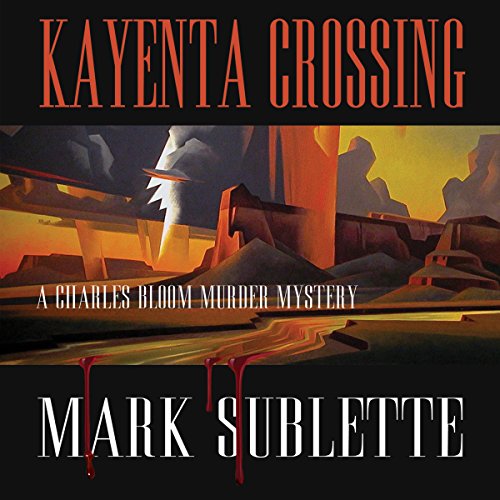 In the second book in the Charles Bloom Murder Mystery series....

On the Navajo Reservation, in a little aluminum trailer situated on a remote washboard road north of Kayenta, Arizona, Dr. Carson Riddly begins his family practice stint. He's been exiled to the most remote medical clinic in the Indian Health Service. His duty station lies in the heart of Navajo-land, with 300-foot crimson cliffs for a backdrop and no neighbors in sight.

When a murder occurs on Doc Riddly's watch, the talk turns to skin-walkers, gamblers, weavers, and drugs. Everyone is a suspect, including the doctor. Riddly reaches out to the only other bilagaana he knows on the rez, art dealer Charles Bloom.

Unbeknownst to Bloom, whose Santa Fe gallery represents several Navajo artists, a string of savage murders is closer than he can imagine. By helping the doctor, Bloom exposes himself and his girlfriend, weaver Rachael Yellowhorse, to a cold-blooded killer's wrath.

If Riddly and Bloom can't put the pieces together quickly enough, the man in the orange hat with blinding white teeth will add two more to his growing list of victims.

What listeners say about Kayenta Crossing