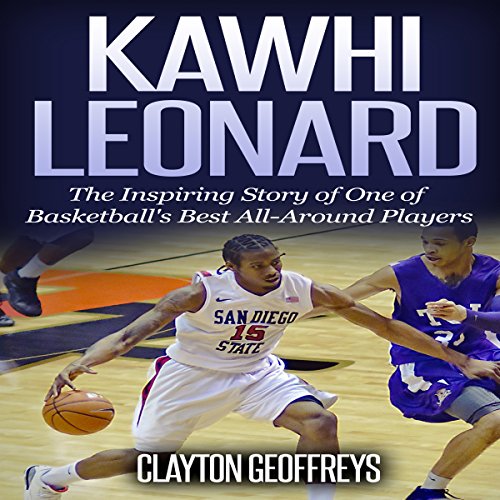 In Kawhi Leonard: The Inspiring Story of One of Basketball's Best All-Around Players, you will learn the inspirational story of one of basketball's premier small forwards, Kawhi Leonard. Since entering the league in the mid first-round of the 2011 NBA Draft, Kawhi Leonard has quickly emerged as one of the most promising and dominant two-way players in the league today. At 22, Leonard demonstrated his maturity and poise on the court as he made key contributions to the Spurs' 2014 championship run. The league rewarded him for his performance by recognizing him as the 2014 Finals MVP, making him the third-youngest player to ever win the award.

As Tim Duncan, Tony Parker, and Manu Ginobili approach the end of their careers, it is only a matter of time before Kawhi truly becomes the face of the Spurs organization. Alongside LaMarcus Aldridge, Leonard and the San Antonio Spurs are certainly poised to continue another era of dominance in the NBA.

What listeners say about Kawhi Leonard