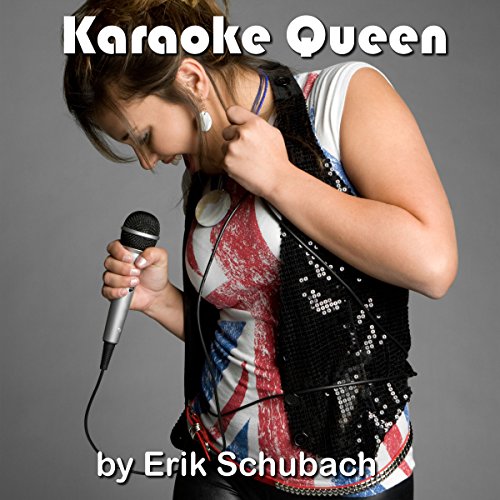 Skylar was horribly scarred by a fire in a violent crime, thoughts of suicide plagued her until she found music. It was her savior. She came forward from the shadows to express her pain through song. Karaoke bars were her salvation. Now in an international competition, she finds herself continually vexed by her rival, Kim, who never shows her any quarter. A strange relationship of respect grows between them, but could it be something more? Something beautiful? This is the fourth book in the Music of the Soul series, all books are standalone novels.

I have really enjoyed all of this book series but I particularly enjoyed this book, the characters were really likeable as always but even more so as I recognised several from earlier books from this series. The story itself was inspired and really enjoyable, I just wish I could actually hear the music performances throughout this novel. The narrator was also great as always. Highly recommended 🐨

great narrator makes all the difference

I enjoy Erik Schubach's novels but sometimes it's difficult to finish the audiobook when the narrators show lack of interest in the story . Hollie Jackson not only brings the characters and their stories to life in this installment, she also makes the extra effort with their prospective accents ! Any time I feel an immense array of emotions I know the narrator has done their job for the author. This is definitely one of my favorite stories in the music for the soul series . Thanks Erik and Hollie.

Absolutely loved this audiobook. The narrator did a fantastic job with the voices. The author is a genius when it comes to storyline. You won't be disappointed!

Can't stop smiling when I listen to this story!

This book continues to be my favorite Music of the Soul story. The characters are incredibly easy to fall in love with and it is difficult to let them go once the story ends. Hollie Jackson does an amazing job in narrating! I caught myself grinning like a fool through most of the book. Hollie is able to capture the voices of Skylar and Kimi so well I couldn't imagine it any better. It was a delight getting swept away in the story of Sky and Kimi and I honestly cannot wait to listen again. Thank you Erik and Hollie!!

Would you consider the audio edition of Karaoke Queen to be better than the print version?

Well I did like the emotion of Ms. Jackson put into the characters and i'm not admitting that i cried in a few scenes... but both the story and the audio retelling are equally good. i just have a slight more inclination to the audio one since i cried and laughed at how Ms. Jackson spoke

What was one of the most memorable moments of Karaoke Queen?

hmm... I'm conflicted by a lot of scenes... there was where Mandy Fay laughed a truly heartfelt laugh and i was just squeeing as Ms. Jackson actually laughed! so adorable! or where Sammie was showing her cute little wings to her mommy "Da airplane man gave them to me" that adorablr little angel! or to the more dramatic one where Skylar had the dream... and she was defending herself to Kimi saying she fought... she promised she fought. :'( there also where she kicked that guy on the leg.. ouch! or when she finally revealed all of her to the entire world! "it's bloody fine to meet you!"... I'm a very complicated person...

Have you listened to any of Hollie Jackson’s other performances before? How does this one compare?

I LOVE all of Hollie Jackson's Perfomances in the Valkyrie Chronicles audio books and this one is sooo up there! this one has a more emotional side and that english accent *swoons* I would love to hear more of of her works really!

I actually did listen to it in one sitting... five hours laughing then crying and sometimes cussing... my aunt thought I was going crazy when i yelled "I'll kill that Bastard!!" to the scene where she had the nightmare. so yeah probably addicted but who cares! it's a good book!

additional comments? hmm... buy this!! or use your membership whatever. this is a must read!! and I got it for my birthday and I just love this little present to myself. I swear on all things good that you won't regret reading this/ listening to it (since it is a book too) so get on with it. chop chop. and I hope you enjoy it like I did!

Erik is a genius, plus Handicapped person as star!

Yes, I just had a fight with my fight with my favorite lesbian romance writer over the fact there were never anything but perfect people in her novels, I asked her if she could include a best friend or side character who had maybe a wheelchair or a walker or was just somehow handicapped a little but was happy, health and cool. Not needing pity. She said basic "NO"her reasons were really lame. And it kind of hurt my feeling being handicapped myself. You get sick of reading about perfect people all the time. But here Erik has the lead character dealing with the lose of one leg like its no big deal, and she doesn't want pity from anyone which is what she gets from the girl who falls head over feet in love with her. No pity at all. Its a super great love story between two young women, one who has scares on the outside and inside that she has to let go off to allow herself to fall in love. Then you have the other girl with a few issues of her own, that may keep her from falling in love too. But their love is just too strong.

What other book might you compare Karaoke Queen to and why?

I can't think of anything right off hand, Snow Fall by Gerri Hill for some of the interaction between the two woman. but its nothing like it. Deafening Whisper by Erik, in Music of Soul series. In fact all the books in the Music of the Soul series have some elements in common.

Her voice is just perfect for the voice of Skylar, and the other girl, her inflection, accents and timing and pauses were perfect, she brought the story to life, I plan to listen to it several more times.

If you could take any character from Karaoke Queen out to dinner, who would it be and why?

This is an awesome book with so much going on, I wish there was a sequel to the story, I want to find out how they are doing after there career get started, I would like to hear about there relationship 5 years down the way once Skylar is writing songs and recording them and Her love is on the road.

Listening to Karaoke Queen allowed my work trip to fly by. I even stayed in the car to finish it before going into the house when I arrived home. It's great to see the characters I have come to love presented through Holly Jackson's wonderful narration. Erik does such an amazing job of creating both depth of character and story!!

Can't believe I haven't reviewed this yet.

I've read this like 10 times. I love it every single time. Erik and Hollie team up to make an experience that is truly unforgettable for me. The characters are cute, strong, talented, and generous. I laughed, cried, and loved right a long side these two wonderful women and I will do so again and again into the future. If for no other reason than to hear Hollie reading Skylars adorable line when she realizes that she has a girlfriend and that means she just might be gay.

Would you consider the audio edition of Karaoke Queen to be better than the print version?

As with many books, the audio version doesn't make it better or worse; just different.

Skylar... her scars truly do make her beautiful.

This is a beautiful book with a touching message! Your scars are what give you character and make you beautiful :)
This was actually the first book I read in the MoS series and it still stands out for me as one of the most moving and definitely a favourite. I love the life that is injected into the characters by the talented Hollie Jackson!
I highly recommend this book and if you like it as much as I did, definitely check out the rest of the books in the MoS universe.

If you could sum up Karaoke Queen in three words, what would they be?

What was one of the most memorable moments of Karaoke Queen?

Sky defending Amber and outing herself in the process.

Which character – as performed by Hollie Jackson – was your favorite?

Kimi protecting Sky in the elevator.

Erik and Hollie are an amazing duo. Erik creates these amazing stories and characters and Hollie makes them glow and shine at the same time.

one of my favorites

no matter how many times I hear or read this book it remains one of my favorites of the connected series. I love how this story is such a part of so many of the other stories in the series. its such a sweet and touching story of finding strength and love and such a beautiful expansion of the power of love that we get in Music of the Soul, the first book in the series.