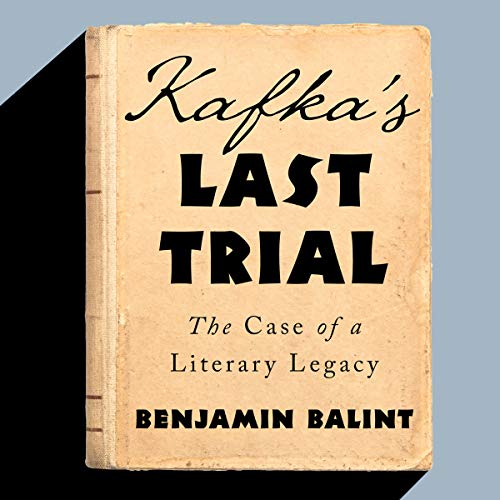 When Franz Kafka died in 1924, his loyal friend Max Brod could not bring himself to fulfill Kafka's last instruction: to burn his manuscripts. Instead, Brod devoted his life to championing Kafka's writing, rescuing his legacy from obscurity and physical destruction. Nearly a century later, an international legal battle erupted to determine which country could claim ownership of Kafka's work: Israel, where he dreamed of living, or Germany, where his three sisters perished in the Holocaust.

Benjamin Balint offers a gripping account of the controversial trial in Israeli courts - brimming with dilemmas legal, ethical, and political - that determined the fate of the oeuvre. Kafka's Last Trial is a brilliant biographical portrait of a literary genius as well as the story of two countries whose national obsession with overcoming the traumas of the past came to a head in a hotly contested trial for the right to claim the literary legacy of one of our modern masters.