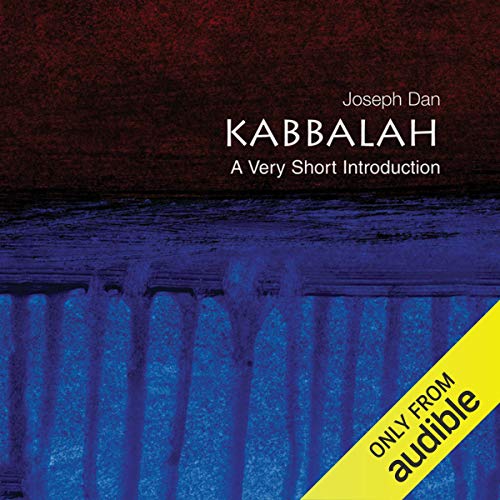 In Kabbalah: A Very Short Introduction, Joseph Dan, one of the world's leading authorities on Jewish mysticism, offers a concise and highly accurate look at the history and character of the various systems developed by the adherents of the Kabbalah.

Dan sheds light on the many misconceptions about what Kabbalah is and isn't - including its connections to magic, astronomy, alchemy, and numerology - and he illuminates the relationship between Kabbalah and Christianity on the one hand and New Age religion on the other. The book provides fascinating historical background, ranging from the mystical groups that flourished in ancient Judaism in the East, and the medieval schools of Kabbalah in Northern Spain and Southern France, to the widening growth of Kabbalah through the school of Isaac Luria of Safed in the 16th century, to the most potent and influential modern Jewish religious movement, Hasidism, and its use of kabbalistic language in its preaching. The book examines the key ancient texts of this tradition, including the Sefer Yezira or "Book of Creation", the book of Bahir, and the Zohar. Dan explains Midrash, the classical Jewish exegesis of scriptures, which assumes an infinity of meanings for every biblical verse, and he concludes with a brief survey of scholarship in the field and a list of books for further listening.

Embraced by celebrities and integrated in many contemporary spiritual phenomena, Kabbalah has reaped a wealth of attention in the press. But many critics argue that the form of Kabbalah practiced in Hollywood is more new-age pabulum than authentic tradition. Can there be a positive role for the Kabbalah in the contemporary quest for spirituality?

In Kabbalah, Joseph Dan debunks the myths surrounding modern Kabbalistic practice, offering an engaging and dependable account of this traditional Jewish religious phenomenon and its impact outside of Judaism.

About the series: Combining authority with wit, accessibility, and style, Very Short Introductions offer an introduction to some of life's most interesting topics. Written by experts, for the newcomer, they demonstrate the finest contemporary thinking about the central problems and issues in hundreds of key topics, from philosophy to Freud, quantum theory to Islam.

What listeners say about Kabbalah: A Very Short Introduction

What would have made Kabbalah: A Very Short Introduction  better?

The narrator needed to learn how to pronounce the Hebrew words properly. Since most people don't know Hebrew or the correct pronunciations, this recording came across as lazy and unprofessional.

The information is interesting.

Mispronouncing foreign words can happen. A few mistakes are understandable. But I was unable to finish listening to this book because there were so many mispronunciations it was extremely irritating. I don't know who is responsible for this. I assume the narrator is given a transliteration and pronunciation key. So either the narrator is incompetent or he was given incorrect notes by the producer/director. I hope whoever is responsible for this takes accountability and does a better job in the future.

This may not suit you...

Loved this. The structure was really helpful - providing a breakdown of how the term 'Kabbalah' refers to a very diffuse set of teachings and beliefs, then contextualising those themes within the broader development of western religious thought fromthe middle ages to the present day. The text was really brought to life by the narration. Gregory Nassif St. John's reading brought clarity to the deliberately arcane terminology of Kabbalism, and his sensitive articulation of the technical text made this a pleasure to listen to.