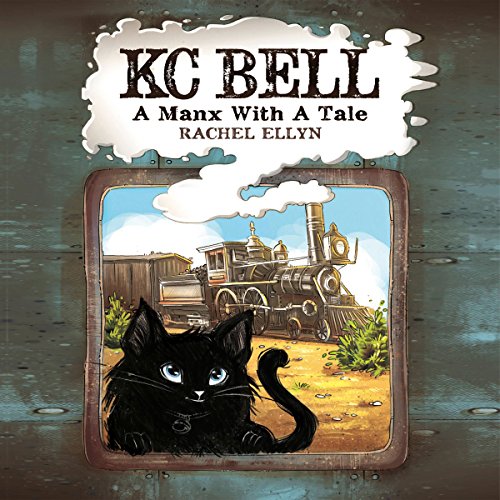 Bell has a problem. She's a Manx cat born with a tail. But Manx cats aren't supposed to have tails!

All she wants is to find a place where she can belong, where the Curse of the Tail won't follow. Humiliated and scared, Bell leaves her family to save them the shame of her existence...only to find the world outside is full of danger.

With a train conductor named Henry, Bell has a chance to find a home again. Then a Pinkerton detective and his hound, Watson, pursue a thief onto Bell's train.

Can she and Watson track him down and bring him to justice? Can a Manx with a tail beat the curse, or will she fail and be cast out again?

What listeners say about KC Bell

Purrrrrfect story, I enjoyed Bell's adcenture and wish for more about her.
thanx heaps Rachel