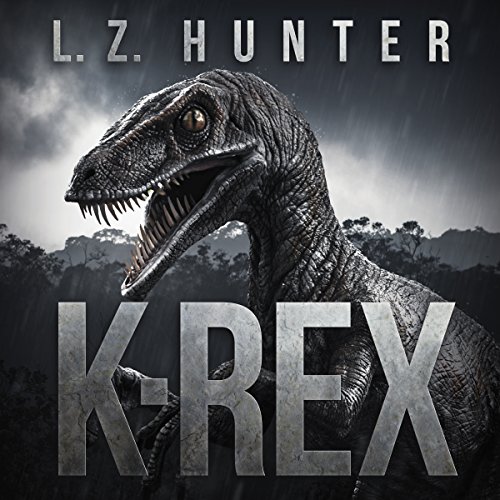 In the darkest depths of the Congo jungle, Circuitz Mining employs a mercenary force as security for its Coltan mining site. Armed with assault rifles and decades of experience, nothing should go wrong. However, the dangers within the jungle stretch beyond venomous snakes and poisonous spiders. There is more to fear than guerrillas and vicious animals. Undetected, something lurks under the expansive treetop canopy. Something ancient. Something dangerous. Kasai Rex! K-Rex is a prehistoric thriller filled with action, adventure, and savage dinosaurs.

What listeners say about K-Rex

Could have been Better

It was decent, and most people reacted in the story how you would expect them to react. Though the ending was in the epilogue seemed to be rather forced, and unneeded.

Would you recommend K-Rex to your friends? Why or why not?

No I would not, maybe the book by itself.

In many ways, the narrator was my main problem. His speaking is very, very clipped and I noticed an lisp or something similar as he speaks. So several of his words do not sound even close to right. Also his playing of different characters is terrible, I honestly lost track of who was speaking several times.

Could you see K-Rex being made into a movie or a TV series? Who should the stars be?

Yes, but it would not be anything great, it would need to have some real work done on the plot

The writing is all done in one tense and you never see flowing sentences. So you never heard asked, even though it is a question.