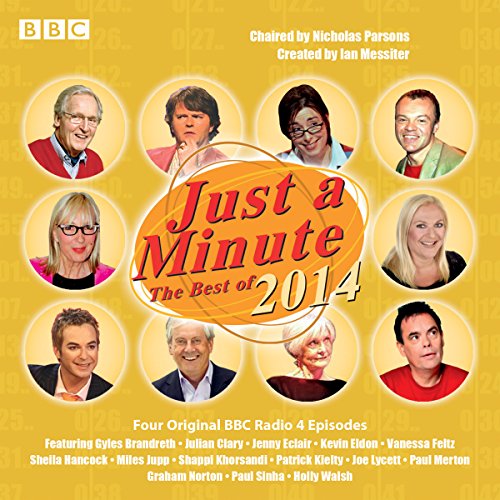 Nicholas Parsons chairs four episodes of the long-running panel game. “Welcome to Just a Minute!” As the Minute Waltz fades away, once again a multitude of players pit their wits against each other as they attempt to talk for 60 seconds on a given subject without hesitation, repetition or deviation from the subject.

Among the subjects tackled are Personal Hygiene in the 10th Century, Mobile phone etiquette, Stonehenge, How to prepare sushi, Soap operas, Crystal Palace and Flying a kite.

So join redoubtable chairman Nicholas Parsons as the panellists use their intellect, imagination, wit and verbal dexterity to beat the clock and win the points in these four sparklingly funny shows.

What listeners say about Just a Minute