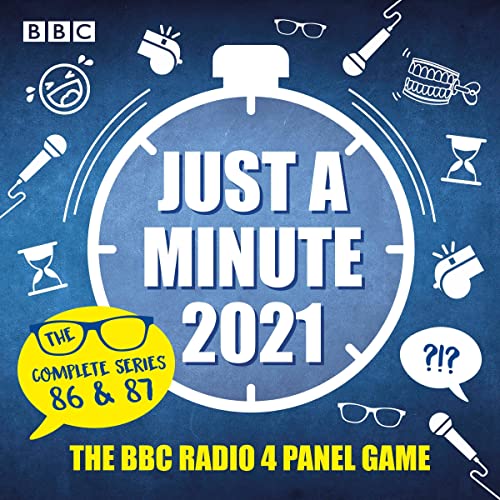 Radio 4's longest-running panel game returns for the first time since the death of much-missed maestro Nicholas Parsons, who chaired the show for more than 50 years. Following in his footsteps for series 86 are an array of special guest hosts, including Paul Merton, Sue Perkins, Nish Kumar, Jenny Eclair, Gyles Brandreth, Lucy Porter, Stephen Fry, Julian Clary, Tom Allen and Jo Brand, while in series 87, Sue Perkins takes the chair and endeavours to keep the participants in check.

All are primed to rule on cases of hesitation, deviation or repetition, as the panellists attempt to speak for 60 seconds on a given subject without interruption. Among the players bringing their linguistic A-game to the proceedings are Sheila Hancock (who appeared in the very first JAM episode in 1967), Tony Hawks, Pippa Evans, Desiree Burch, Shaparak Khorsandi, Pam Ayres and Mark Watson. The topics include Eating Like a Horse, Walking in New Shoes, The War of the Roses, Artificial Intelligence, A Big Night Out, The Art of Queuing and Oomph!

Each episode was produced using remote recording technology, with both panel and audience taking part from their homes all over the world - and now you can join them for a magical mix of quickfire improvisation, inspired ad-libbing and spontaneous hilarity, as these consummate entertainers battle for points, glory and the prize of a perfect, uninterrupted minute.