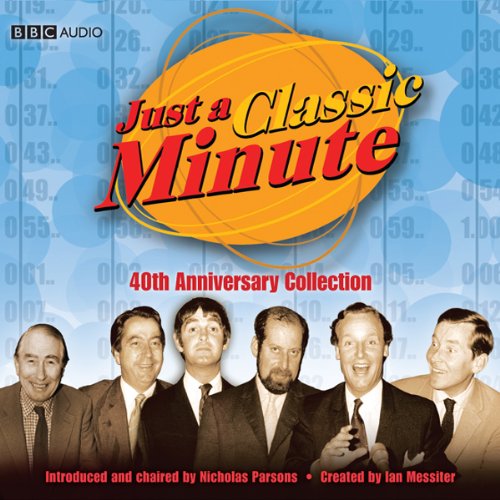 This 40th Anniversary special contains 16 episodes and spans all four decades of the series: the 1960s, 1970s, 1980s, and 1990s. Nicholas Parsons introduces each episode and provides fascinating background information on the game, as well as memories of its players and its devisor, Ian Messiter.

A great classic collection. Nicholas Parsons gives commentary between episodes relating backstory and history of the people involved. Interesting to see how the show has developed and the influence Parsons has brought.

Of course, it's all brilliantly funny, and essential listening. Part of my need-them-to-live J.A.M. collection, which scares off the black dog days.