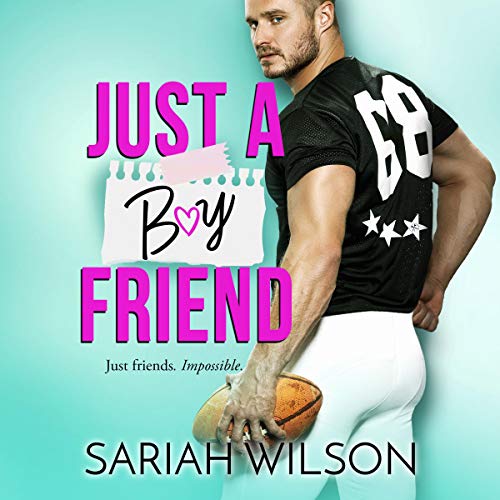 The rules of love and second chances are due for a major-league shake-up in a warm, witty, and unpredictable romance by the bestselling author of The Friend Zone.

Ian “Bash” Sebastian and Ember Carlson were high school sweethearts…until their single parents got married. With one thorny twist of fate, a secret young crush went from on fire to off-limits. What could a new stepbrother do but bail? Now, after almost four years, Bash has returned to Seattle, and he’s back in Ember’s orbit at End of the Line. EOL is the go-to college for second-chance scholarships. But what about love?

Sure, the old hurts are there. So is the attraction - and it’s more magnetic than ever. Still, they’re adults now, levelheaded and just fine with the friend thing. If only to make family dinners less awkward. But when they agree to start dating other people, moving on threatens to bring them closer together than ever.

Is it time to admit their past to their parents? Even trickier, their hope for the future? Because Ember and Bash deserve a love story of their own. With all their defenses down, can they make it a happy ever after?

Bash and Ember's story is hilarious!! I loved these two so much!! The audio is amazing and I never wanted to stop listening.

I certainly hope that this is not the end of the line for this particular series. With its sweet moments and actual laugh-out-loud humor, I have greatly enjoyed the tales of Romance at EOL.
Bash and Ember were fun and sweet, yet written in such a way that they are identifiable to the reader. A+

Another fantastic book in a great series!

Bash is swoony. Head over football swoony and if you don’t fall in love with Ember than you might not be human. She’s snarky and real and not afraid to go against society’s norm. Did I mention swoony? A story about second chances and the love that comes from taking life in hand.

Love Bash and Embers story. This was so much more than other storyline when the relationship is stepbrother / stepsister . This couple was a couple way before the parents. Bash leaves town after his fathers tells him nothing can happen in this relationship. Betrayal and misunderstanding. Lots of humor. Great series

I love Sariah Wilson. All of her books have been PG OR PG-13 at most. This one was more like R rated. The sensuality and constant steamy descriptions of their make out sessions was too much. If she keeps this up I’ll stop reading her books.

The storyline was good and didn’t need the sexual stuff. Book should be categorized in New Adult and taken out of Clean & Wholesome.

I love Sariah Wilson, this book is about Bash and Ember second chance romance story, they were together until their parents got married and he left. Now he is back and the forbidden chemistry between them is still there. The audiobook is phenomenal, I suggest you get it, the narrators did a phenomenal job, Lauren Sweet made all Ember emotions come to the surface in her voice, while Joe Arden was his amazing self and became Bash, nailing every emotion and thoughts from the character.

This is not your typical step brother romance.

Just a Boyfriendis the second book in Sariah Wilson's NA series 'End of the Line'. I really enjoyed the first book in this series, so I was excited to get to this one. I didn't love it quite as much as the first, but it was still really enjoyable read.

Ember and Bash fell in love in high school and were getting ready to go to prom together. That is, until their parents had a whirl wind romance and married only months after meeting. Neither parent knew Bash and Ember were dating, and Bash thought it would be easier to leave.

Now, after years apart, they're at the same college. Ember and Bash are totally off limits, but they have so much chemistry and truly care for one another. It's quite the conundrum. They struggle with their feelings, that won't go away even though both of them know being together would be complicated.

This is not your typical step brother romance. It's a sweet, easy read that I would call a clean romance, much like the first. I liked Bash and Ember both and I'm hoping there are more books in this series to come!

loved this series!! E.O.L junior college seems to be exactly the place for end of the line football players who need to shape up or ship out but in this case find love!!
enjoy the twists and turns of Ian 'Bash' Sebastian's life and his love for Ember Carlson who is his 'stepsister' !!
ps cant help but wonder if Keilani and Ford who are mentioned in this series are going to get their own story told??? hmm we will have to wait and see I guess!!

There was something missing in this one, in particular with Bash. His personality was changed from what he was in the first book and he was very one dimensional. Anyway, he is now back in his home town to go to college, more as punishment after getting caught failing a drug test and getting kicked off the football team and now going to E.O.L. This thrills his family, just not his "step" sister Ember who used to be his high school girlfriend until his dad married her mom. They never disclosed this relationship to their family, he just moved to live with extended family instead. Now he is back and the chemistry is still just as potent. Will they survive their family finding out?

This is not a typical college romance.
Bash and Ember were high school sweethearts ready to declare their love for each other. That is until Bash’s dad announces that he married Ember’s mom and they are all moving in together. Doing what he thinks is the “right thing” Bash leaves home to live with a relative and hopefully forget about his time with Ember. But things are never that easy and your first love is hard to forget.