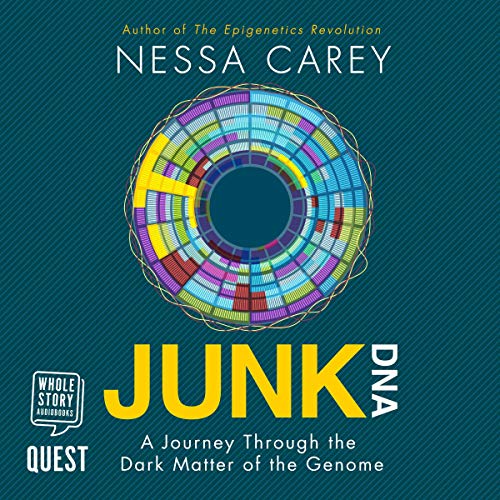 From the author of the acclaimed The Epigenetics Revolution comes another thrilling exploration of the cutting edge of human science.

For decades after the structure of DNA was identified, scientists focused purely on genes, the regions of the genome that contain codes for the production of proteins. Other regions - 98 percent of the human genome - were dismissed as ‘junk’. But in recent years researchers have discovered that variations in this ‘junk’ DNA underlie many previously intractable diseases, and they can now generate new approaches to tackling them.

Nessa Carey explores the incredible story behind a controversy that has generated unusually vituperative public exchanges between scientists. She shows how junk DNA plays an important role in areas as diverse as genetic diseases, viral infections, sex determination in mammals, human biological complexity, disease treatments, even evolution itself - and reveals how we are only now truly unlocking its secrets, more than half a century after Crick and Watson won their Nobel prize for the discovery of the structure of DNA in 1962.

What listeners say about Junk DNA

narration i thought was too quick. but was clear more pauses needed would still recommend