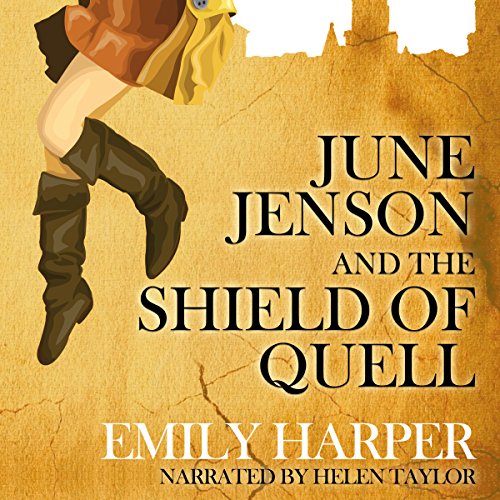 June Jenson and the Shield of Quell

June Jenson, an accomplished Oxford professor, has spent her life trying to get out from under the shadow of her infamous grandfather: a renowned archaeologist accused of stealing a relic during an excavation at Sutton-Hoo.

When a secret alliance recruits June to guard priceless artifacts, she realizes that this is her chance to contribute to the history she loves and rid herself of the cloud of suspicion that her family has lived under for so long. But, when the artifact June is commissioned to guard turns out to be the same relic her grandfather was accused of stealing - a relic he has consistently claimed never existed - her carefully laid plans of family redemption are a bit shot.

Now, with the aid of her accused grandfather who suffers from early onset Alzheimer's, and a chauffeur who's looking for a scandal to make him famous, June must race to discover the truth of the shield and what really happened at Sutton-Hoo all those years ago.

What listeners say about June Jenson and the Shield of Quell