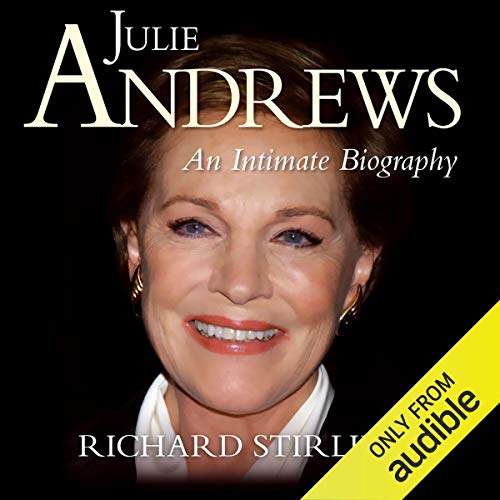 In 'My Fair Lady', Julie Andrews had the biggest hit on Broadway. As the title role in 'Mary Poppins', she won an Academy Award. And 'The Sound of Music' made her the most famous woman in the world and rescued Twentieth Century Fox from bankruptcy. Three year later, 'Star!' almost put the studio back under, and the leading lady of both films fell as spectacularly as she had risen.

Despite many setbacks - including the loss of her singing voice in 1997 - Julie Andrews is still a star, with recent leading roles in 'Shrek the Third' and 'The Princess Diaries'.

Combining the author's interviews with the star and his wide-ranging research, this is a frank but affectionate portrait of an enduring icon of stage and screen.

Didn't care for narrator. Some of the stories seemed a bit embellished. Enjoyed her autobiography more.

A great biography about a well-loved star

Anyone who has loved Julie Andrews as Mary Poppins or Maria Von Trapp can enjoy this comprehensive biography. It was enlightening to learn about all of her other contributions to stage, film, literature, and society in general.

The narrative is interesting enough for me as a fan of Ms. Andrews. Unfortunately, I have little praise for the performance of Rowena Cooper. Her attempts at an American accent are pedestrian at best, showing that it can be just as difficult for a Brit to do an American accent as for an American to do a serviceable British accent. Not unlike Bob Hoskins version of an American accent in "Who Framed Roger Rabbit?"

Just as I am about enjoy a segment, the most jarring of mispronunciations will hit my ears. Ziegfeld is not pronounced "Zig-feld" but "Zige-feld" (long "i" sound; 4 hours and 3 minutes into part II). And who is "Amy Archerd"? A few moments after the aforementioned Ziegfield reference, there is a quote attributed to Variety's long time reporter "Army Archerd" (at about 4:06:51 in part II of 2). I had to listen to that one over and over again to be sure I had heard what I thought I had heard. Maybe Amy is like Victoria to Victor? Sadly, no.

Would you try another book written by Richard Stirling or narrated by Rowena Cooper?

yes but not unless it a story

Would you be willing to try another book from Richard Stirling? Why or why not?

What does Rowena Cooper bring to the story that you wouldn’t experience if you had only read the book?

she good as making me sleep

Do you think Julie Andrews needs a follow-up book? Why or why not?

no as its boring