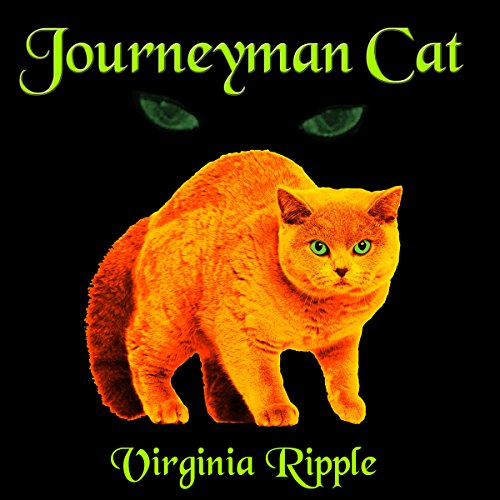 Despite the war, despite that everyone else says he's dead, Journeyman Toby continues to search for his father with the help of his human partner. When what promised to be another dead-end lead turns into something more, Toby pounces on the possibility like only a talking magical cat can. However, his questions regarding the secret goings-on of a local temple catches the attention of a mysterious cat whose sole ambition is to enslave the human race.

His supervisor orders the young tom to leave his informal investigation alone or be dismissed from the Office of Kingdom Guardianship. Even though he yearns to find his father, Toby obeys because it would mean taking away the one thing his partner cherishes: his position in the OKG. He follows orders, that is, until someone connected with the temple kills someone he loves.

What listeners say about Journeyman Cat