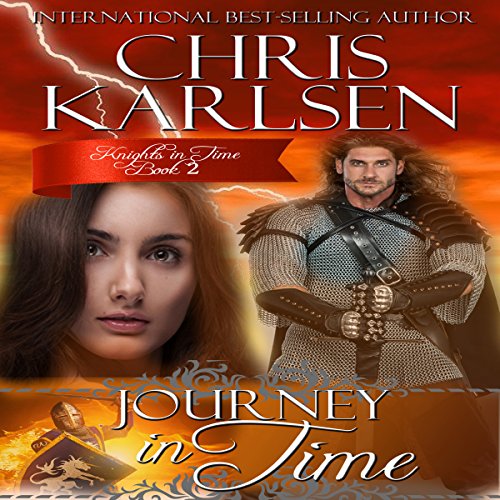 London attorney Shakira Constantine finally agrees to spend the day with her handsome client Alex Lancaster. While riding in the countryside, the couple finds themselves caught in a time warp and transported back to the 14th century - and an England preparing for war. Everyone believes Alex is the Baron Guy Guisard, a baron who died in the upcoming battle.

If they can't find a way to return to the 21st Century, Alex will have to sail with the army to certain death. Shakira will be left alone to survive in the alien and terrifying medieval world.

What listeners say about Journey in Time

Medieval romances are one of my favorite genres so I was happy to have found this series. This second book in the series treats us to all the things medieval stories contain. I loved Alex/Guy and Shakira’s story, and they were well matched. Will they be able to overcome their misunderstandings and have their HEA? It is worth the listen to find out. Trudy Knoedler did an okay job of the narration. The male voices weren't much different than the female voices at times or very similar to each other at other times; consequently it was somewhat confusing at times as to who was speaking. I do look forward to the next book in the series though.