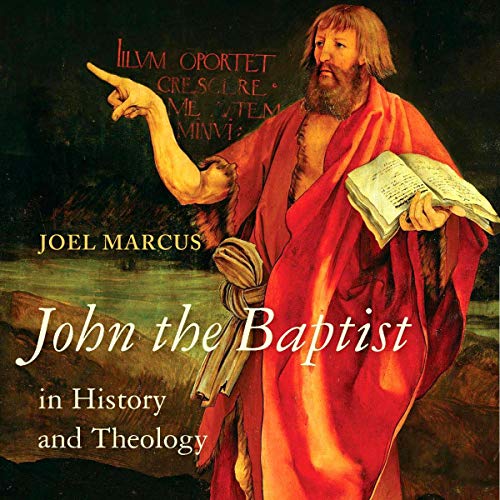 John the Baptist in History and Theology

While the Christian tradition has subordinated John the Baptist to Jesus of Nazareth, John himself would likely have disagreed with that ranking. In this eye-opening new book John the Baptist in History and Theology, Joel Marcus makes a powerful case that John saw himself, not Jesus, as the proclaimer and initiator of the kingdom of God and his own ministry as the center of God's saving action in history.

Originally a member of the Dead Sea Sect, an apocalyptic community within Judaism, John broke with the group over his growing conviction that he himself was Elijah, the end-time prophet who would inaugurate God's kingdom on earth. Through his ministry of baptism, he ushered all who came to him - Jews and non-Jews alike - into this dawning new age. Jesus began his career as a follower of the Baptist, but like other successor figures in religious history, he parted ways from his predecessor as he became convinced of his own centrality in God's purposes. Meanwhile, John's mass following and apocalyptic message became political threats to Herod Antipas, who had John executed to abort any revolutionary movement.

"A highly persuasive commentary on the act of balancing theological and scholarly considerations..." (The Catholic Biblical Quarterly)

"This is an exemplary work of historical reconstruction.... If you want to know about the historical John the Baptist, this is the place to start." (Dale C. Allison, Jr., Princeton Theological Seminary)

"A compelling account that should be the definitive statement of our generation." (Bart D. Ehrman, University of North Carolina at Chapel Hill)

What listeners say about John the Baptist in History and Theology