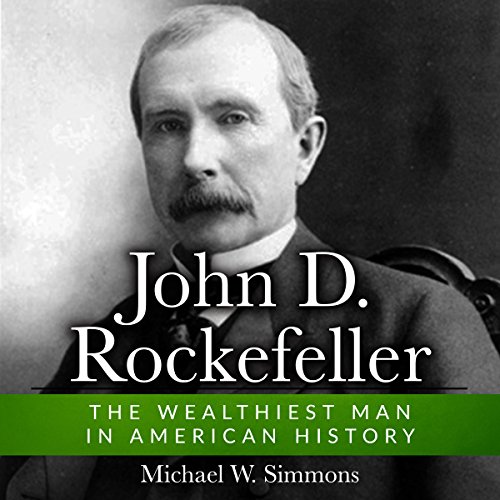 John D. Rockefeller is held to be one of the wealthiest men who ever lived; he is also one of the most controversial figures in American history. Born of the unlikely union between a strict Baptist matriarch and her husband, a bigamist, alleged rapist, and snake-oil salesman, Rockefeller's early childhood was spent learning how to shoulder an adult's responsibility for his family and turn a deaf ear to the gossip that followed wherever his father went.

This book contains highlights from the extraordinarily long life of a man many believed to be little better than a criminal, preying on small business owners to establish the supremacy of the Standard Oil Trust. John D. Rockefeller crushed his competitors and sparked massive public outrage against his businesses. Yet he also saved thousands of lives and helped establish respect for evidence-based medicine in the United States. From his teen years as a bookkeeper in a small commodities trading firm, to his imperial rule over the oil industry, to his early retirement and the decades he spent establishing philanthropic trusts in the fields of education and medicine, you will learn that there is no simple way to pass judgment on John D. Rockefeller's life.

This book was particularly difficult to understand, I was about to return it. The voice is soft, slow, with gaps, like if he had a flu.

i plan to read this book again in a years time. the audio was also very easy to hear