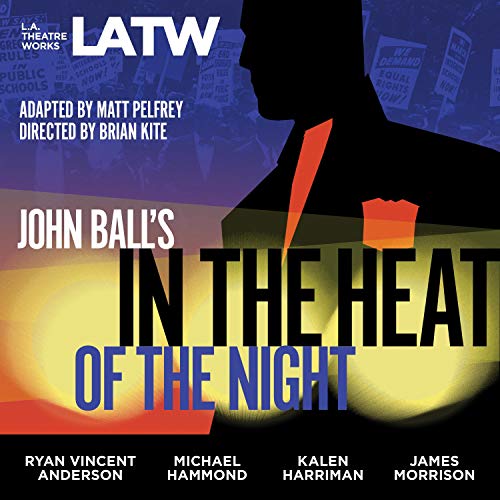 John Ball's In the Heat of the Night

Based on John Ball's novel which inspired the Oscar-winning film and the Emmy-winning television series, In the Heat of the Night pits a visiting black detective from California against a small Alabama town simmering with anger over desegregation. A fitting reflection of America in the 1960s, this Off-Broadway hit is provocative, timely, and uncomfortably relevant.

I thought they did a good job with the story. The journalist's talk at the end put everything in historical perspective and was one of the highlights. Now I have to read his book!

Yes I would recommend this because of the great performance and acting. Prefer if there weren't any laughter incorporated within the adaption. But I was expecting that Audiobooks would have an actual audio reading of this book.

Would you recommend John Ball's In the Heat of the Night to your friends? Why or why not?

I would recommend this adaption after they have read the actual book.

To any readers who are looking for an audiobook for this book this is not one. This seems like a play that was recorded and edited.... Good to listen after the book's been read.