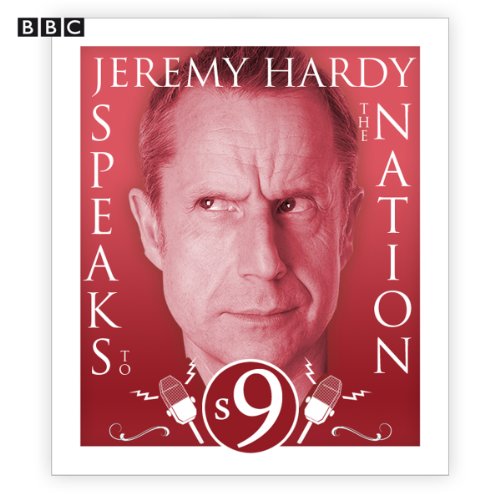 Jeremy Hardy Speaks to the Nation: The Complete Series 9

Welcome to Jeremy Hardy Speaks to the Nation, a series of debates in which Jeremy Hardy engages in a free and frank exchange of his entrenched views. Passionate, polemical, erudite, and unable to sing, Jeremy returns with a new series of his show, famous for lines like - "Kids should never be fashion slaves, especially in the Far East. My 12-year-old daughter asked me for a new pair of trainers. I told her she was old enough to go out and make her own," and, "Islam is no weirder than Christianity. Both are just Judaism with the jokes taken out."

In this ninth series, Jeremy is joined by special guests Sue Perkins, Katy Brand, Sara Pascoe, Gordon Kennedy, Pauline McLynn, and Paul B. Davies as he explores topics such as "How to Exercise Power" and "How to Be a Woman in the 21st Century". Written by Jeremy Hardy. Produced by David Tyler. A Pozzitive production for BBC Radio 4.

What listeners say about Jeremy Hardy Speaks to the Nation: The Complete Series 9