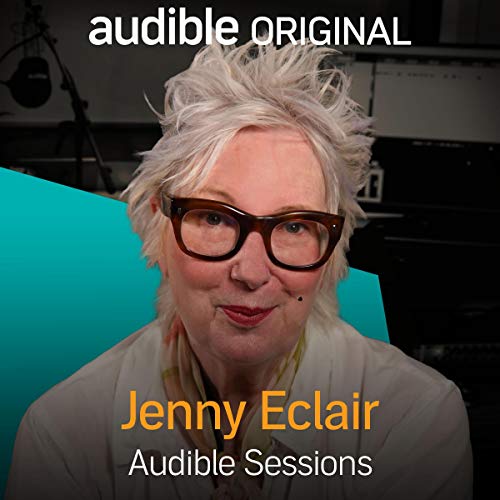 Joining us at Audible Studios is English comedian, novelist and actress Jenny Eclair. Jenny's most recent novel is called Inheritance.

The book, set in Cornwall, centres around the mansion Kittiwake, which has seen many pass through its doors since it was bought by American heiress Peggy Carmichael 70 years ago. Over the decades, the keys have been handed down through the family, and now it’s where Lance will be celebrating his 50th birthday, and Bel is invited.

But in going back to Kittiwake, Bel will be returning to the place where it all began - where, following the death of a child, a sequence of events was set in motion years ago, the consequences of which are still rippling down through the generations.

We spoke to Jenny about her career - including her latest book, Inheritance, taking part in reality TV programmes and how her comedy shows come to life.

What listeners say about Jenny Eclair

Easy to listen but too short ..more more please..love this funny lady and very interesting

the interviewers a bit plummy but Jenny sounds so relaxed and has such a lovely voice. I listened to this after the book. enjoyed it.