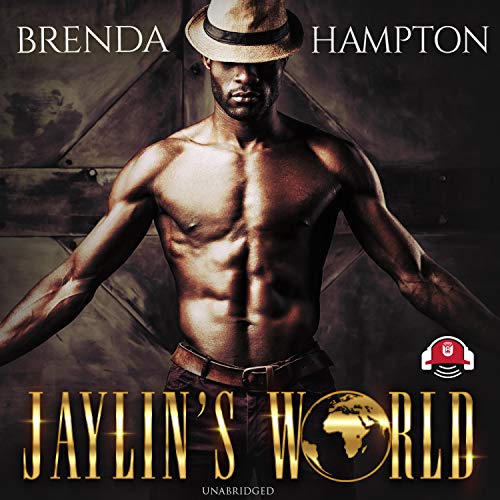 Real estate magnate Jaylin Jerome Rogers is happily married to his one and only love, Nokea. They’ve got adorable kids and a lovely home in Miami Beach. The biggest mistake of Jaylin’s life, his affair with Scorpio Valentino, is behind him - or so he believes. But beneath the still waters of marital bliss, drama is bubbling up!

Jaylin thought Scorpio was just a short-term jump off, but his world is rocked when she reveals that he is her year-old son’s father. Suddenly both of their marriages are on the rocks as Jaylin tries to be a father to his newfound son, and Scorpio moves to Miami intent on reigniting their affair. While Nokea builds a new life for herself, her husband hatches a desperate plan to win her back.

What listeners say about Jaylin's World

I love this series but I absolutely HATE Jaylin and Scorpio i can't believe Jaylin he's the worse poor Nokia... overall though this is a very entertaining series

Nokia did not let me down. There is nothing wrong with loving a man just love yourself more. You did it again Brenda girl....

I just love this series😍😍😍. Mishi LaChappelle brings the stories to life like no other.

Very interesting read. It drove me cray cray at times but keep me into it to see eh as t happens next. I agree Bravo, Own, Life Channel what's up.

Absolutely boring!! I held on thinking it was going to get better but it never did!! Even though I’m pretty sure this book is going to hit home with a lot of the ladies and maybe even help a few if it can hold your attention!

I really enjoyed this series- well written and relatable to most in my belief. As I had initially assumed Jaylin has some deep seated mental issues. Scorpio is straight up trash, and Nokia is naive. All the recipe for a great book.

This book had an interesting and dramatic storyline. Some of it made me laugh out loud. It dealt with serious issues like childhood abuse, infidelity, abortion, raising children, love, hate, etc. I think the narrator did a good job with the characters; just had to get used to her voice at the beginning before deciding she wasn’t bad at all. This is the only book l listened to from this series and didn’t feel I missed out on anything; this one stood on its own.