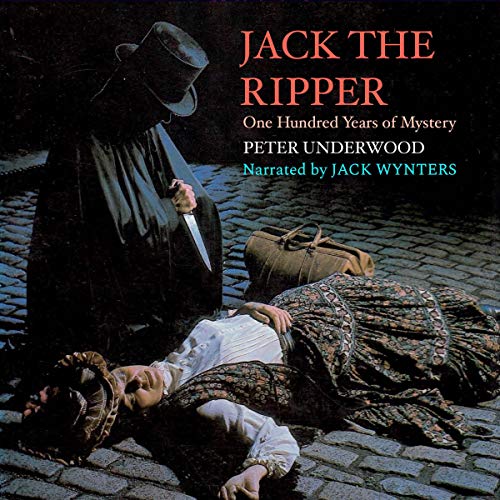 Jack the Ripper still causes a shudder, synonymous as it is with violent murder and mutilation. But also of mystery and speculation, for the gruesome series of killings in London's East End in that horrific autumn of 1888 have never been finally solved.

The identity of the Ripper, his motives, and his association have been the subject of endless discussion and speculation since Victorian times. Suspects have been as varied as a Jewish slaughter man and the Duke of Clarence.

Now, marking the centenary of those terrible crimes, comes Peter Underwood's comprehensive look at all aspects of Jack the Ripper. It contains a wealth of new and previously unpublished material with a detailed look at the possible candidates and probable identity, examinations of the murder sites - then and now - the psyche of the murderer and the murdered, the alleged ghosts and spirit contacts, and a survey of all writings on the Ripper and his victims, published and unpublished. This is the definitive book, with a 100-year perspective.

What listeners say about Jack the Ripper