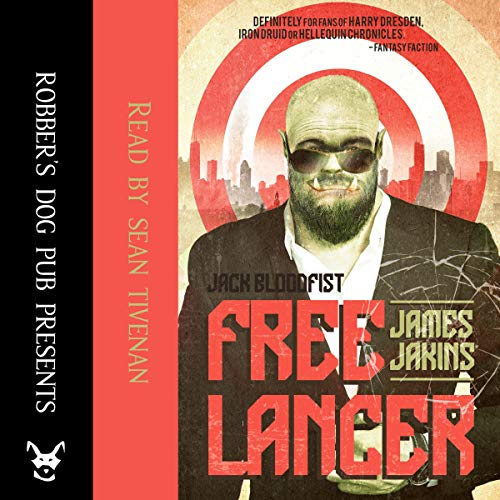 Jack Bloodfist is an orc who has been known to fix things. Now, he’s working for anyone willing to sign a check.

When he’s not handling security for a werewolf pack’s monthly meeting, he’s helping a dwarf find a stolen magic spear.

But sometimes, a thief isn’t really a thief. Sometimes, they’re a preacher's wife who also happens to be a powerful necromancer with even more powerful friends: rogue demons, extra-planar monsters, and the obligatory zombies.

From small Southern towns, to an elf king's court, to the rooftops of New York City, Jack’s gonna have to call in every favor he has if he wants to make it out the other end in one piece.

Great story with a ton to offer. My favorite parts of this and the previous book have been the prologue and epilogue. I can't wait to see what happens next.