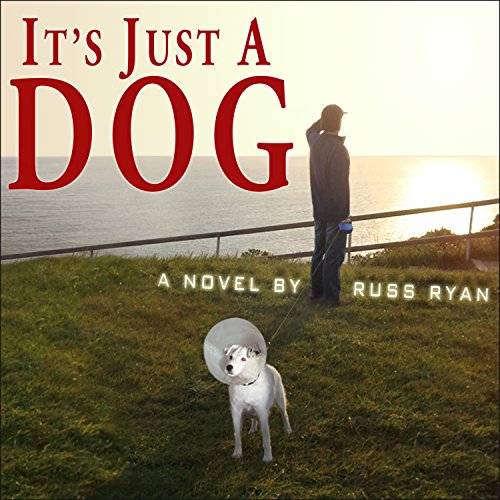 It's Just a Dog

It's Just a Dog

What if your dog died and then came back as a ghost... that could talk? Would you welcome him back with open arms, or run away scared to death?

Charlie Keefe is not just your typical dog lover - he's a world famous dog painter, a.k.a. "The Picasso of Pooch Portraits". Unfortunately, Charlie's beloved muse Pete, his lovable Jack Russell terrier, has just died. So, after months of suffering over his dearly departed soulmate and wondering if he ever made it to The Rainbow Bridge, Charlie reluctantly agrees to foster a new puppy - a cute Cavalier King Charles named Brownie from the local animal shelter. Soon after, Charlie is surprised to find himself falling head over heels with this new puppy girl, his "Rebound Dog", as he calls her-as well as being romantically attracted to Janelle Jordan, the head hound at the dog rescue.

But then complications arise when the ghost of his old dog Pete mysteriously reappears one night and comes back to haunt him and the new puppy - setting off a bizarre chain of events that throw Charlie's life, career, and entire belief system into chaos!

"For dog lovers and lovers of dog stories, it's a winner!" (Dorri Olds, Petside.com)

Premise OK, but came off juvenile

I can get into the idea of spirit dogs, even talking ones; but this dog was not very likable from the start, but was worse when dead???

And the narrator seemed to forget which character was 'speaking' at times.

This is a book for dog lovers

The story moves quickly to a usual end. Pete has a bog personality. I wonder what my dogs would tell me.

It's just a dog

A very touching story. I couldn't put it down! Anyone who's ever lost a dog should read this book!

Would you listen to It's Just a Dog again? Why?

No, I never listen to a book twice.

The man and dog relationship. The believability of the story.


What does Gary Galone bring to the story that you wouldn’t experience if you just read the book?

Could be. I never read anything in one sitting.

r Just couldnt put it down.Pete was described very well.in the book an added the quality it needed really an awesome book.

Written By An 8th Grader?

I tried to listen to this book all the way thru but kept falling asleep so it took me about four times. After reading reviews that promised a great ending I was left disappointed. My son and DIL are English teachers and this book reminded me of some of the assignments they have handed out. The writing was okay but the performance killed it. The voice given the dog was grating. Voices given to other characters were stereotypical (the ditzy woman, the stoner boyfriend, etc.) I think this may be the worst audiobook I've ever listened to, if not it's a close second. I don't understand all the glowing reviews. They definitely sucked me in!

I found this book unique in style. Enjoyable, funny and engaging. Narration was great, too

I have had to pull over the car to write a review of this story. it is honestly one of the best books I have listened too. it had a twist I didn't see coming..didn't read an excerpt before purchasing. I love this guy!!!!

if you've owned a dog you will love this book

so humerus but almso sad covers most feelings although usa humour accent very funny and sad i laughed a d cryed as i also have loved and lost my beautiful dogs , i also ownec jtt so close to my heart would loved to hear more ,