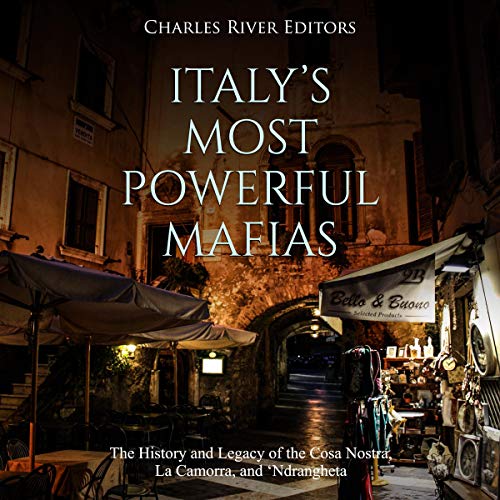 The word “mafia,” Sicilian in origin, is synonymous with Italy, but Italy is home to several different mafias, with three being particularly notorious. While the Cosa Nostra of western Sicily is the most infamous, other powerful groups include the ferocious ‘Ndrangheta of Calabria and the Camorra, the third-largest mafia, which is active in Naples and the Campania region. A “mafia” is loosely defined as a criminal organization that is interested in social, economic, and political power, combining elements of a traditional secret society with those of a business, but further levels of nuance are necessary in order to understand these groups. In a general sense, this is because each mafia creates a myth about the development of the organization, which becomes like an unquestionable truth. In essence, part of what makes its members so completely loyal to it is also what makes outsiders so utterly afraid of it.

Over the course of the 19th century, the people of Sicily found themselves at the center of a struggle for freedom, one that ended up being long and often very bloody. It was during these crucial years of struggle that the Sicilian mafia, La cosa nostra (“Our thing”), started to take shape. The original word “mafia” was a part of Palermitan slang, and although the origins of the word are not completely certain, some linguistic historians believe it originally meant “flashy”. One historian of the mafia, Salvatore Lupo, helpfully suggests that it was used in its earliest iterations to vaguely refer to a “pathological relationship among politics, society and criminality.”

In the particular case of the Camorra, the difficulty of understanding an underground criminal association is made all the more intense because it is so heterogeneous in terms of its development, its different functions, and the diversity of economic sectors in which it operates. To reflect that diversity, some scholars like to refer to it as Camorre, the plural version of Camorra. This decision is more than just a question of semantics, because using the plural form helps emphasize the internal differences and conflicts within the Neapolitan mafia, which, in turn, helps explain the very nature of the organization itself. The Neapolitan mafia is famous for its pervasive nature, which is due to the fact that it is organized in a horizontal, decentralized way. This means there is not one single “boss” who dictates policy and can be more strategic in how and when violence is deployed. Unlike other mafias, in the Camorra there has been no long-term reigning family, nor extensive coordination between families to form an alliance and function as a unified mafia for their shared benefit.

The ‘Ndrangheta (pronounced an-drang-et-ah) is a close neighbor of the Cosa Nostra and currently considered the most powerful (and difficult to spell) criminal organization in Italy. The ‘Ndrangheta is centered around Calabria, the most southwestern region of Italy, almost touching the Sicilian city of Messina. Though it began as far back as the late 19th century, it was not until the 1950s that the ‘Ndrangheta started to spread its tentacles throughout Italy and then across the entire globe, forming an empire that now ranges from Australia and Turkey to Chile to Canada.

The fact that the ‘Ndrangheta is overshadowed by the Sicilian Cosa Nostra, as well as by the Neapolitan mafia, the Camorra, allowed it to grow and develop outside of the public eye. For years, people actually considered the Calabrian mafia to be part of the Cosa Nostra as a mere appendage, rather than its own entity. This false belief was perpetuated by the high-profile Sicilian pentito, Tommaso Buscetta, and it was not until the beginning of the 21st century that the ‘Ndrangheta came into the public eye due to two dramatic killings, the assassination of a politician and the “Duisburg massacre".

What listeners say about Italy's Most Powerful Mafias