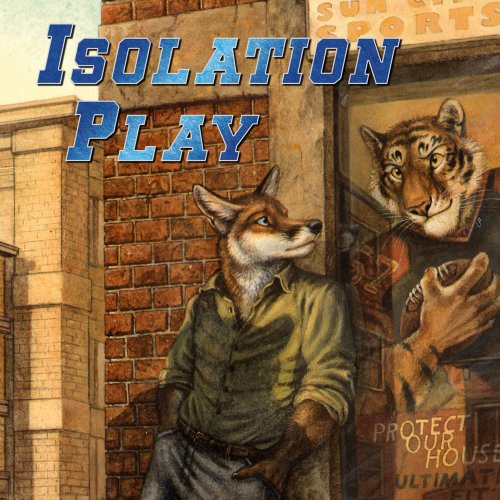 Devlin Miski thought coming out on national TV would be the hardest part about being a gay football player. But it's when his press conference is over that the trouble really starts. The athletic tiger and his boyfriend Lee, a fox with a tongue as quick as his wit, still won't get many breaks in their fight for understanding. They'll need to deal with a stubborn reporter determined to get a story any way he can, furious parents, and hostile teammates--not to mention each other.All's fair in love and war--and this is both.
©2013 Kyell Gold (P)2013 Kyell Gold

Kyell Gold really gained his footing on this book

I remember listening to the first book in this series, Out of Position, and thinking that the beginning chapters felt awkward and a bit rushed, but found that as the story continued, his ideas tightened up. This book feels solid from beginning to end. While there are some slow points, the character narration makes up for it in spades. While the first book feels like a coming out story, the second book feels like an alagory of family emotion, and what it means to accept someone you love. All the interactions felt genuine, and this is the first book I've read or listened to that actually made my blood boil in frustration and rage because of how much I felt for the characters. Long story short, I fell in love with this book and characters, and would recommend it to anyone with and open mind, and even some of those who dont have one.

Great story, it pulls at my heart strings

However the quality of the narrator is very poor. It's not that he has a bad voice, but the background noise. At times I can even hear bird calls when Lee meets the parents.

a wonderful tale about love and family bonds.itll warm your heart. it certainly did mine.

Significantly better than the first.

Which character – as performed by Jeremy Sewell – was your favorite?

Lee- he seemed to get the effeminate fox down far better than the tough "straight" acting tiger.

Yes, I was nearly late for work several times as I sat in my car needing to hear a few minutes more.

The story is top notch as Gold is known for. The reader has significantly improved since the first book, finally finding his confidence and step, as well as pacing himself as he reads. I listen to the HQ version though, so when chapters end you can still faintly hear the click of his mouse as he stopped the recording >.<. He also sometimes loses the voice of the character he's narrating for a sentence, but quickly picks it back up.

The story, despite spinning its wheels in a few places, is pretty good. The characters are interesting. And the audio quality is definitely improved from Out of Position (though still could use improvement).

I adore dev and lee, I hope they will have another story. The narrator did wonderful.