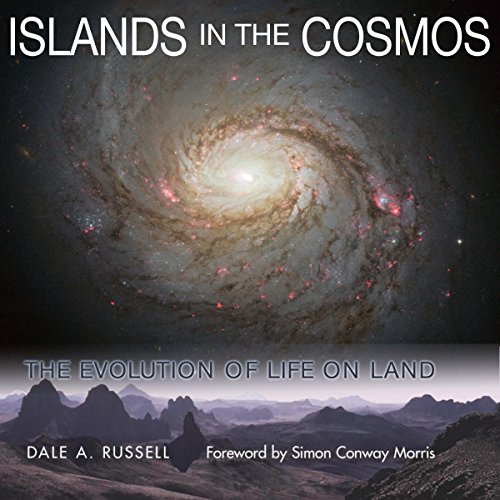 Islands in the Cosmos

By: Dale A. Russell
Narrated by: Brian E. Smith

How is it that we came to be here? The search for answers to that question has preoccupied humans for millennia. Scientists have sought clues in the genes of living things; in the physical environments of Earth, from mountaintops to the depths of the ocean; in the chemistry of this world and those nearby; in the tiniest particles of matter; and in the deepest reaches of space. In Islands of the Cosmos, Dale A. Russell traces a path from the dawn of the universe to speculation about our future on this planet. He centers his story on the physical and biological processes in evolution, which interact to favor more successful and eliminate less successful forms of life. Marvelously, these processes reveal latent possibilities in life's basic structure and propel a major evolutionary theme: the increasing proficiency of biological function. It remains to be seen whether the human form can survive the dynamic processes that brought it into existence. Yet the emergence of the ability to acquire knowledge from experience, to optimize behavior, to conceptualize, to distinguish "good" from "bad" behavior all hint at an evolutionary outcome that science is only beginning to understand.

The book is published by Indiana University Press.

"Dale Russell is one of the great creative thinkers of all time in paleontology. This book - clearly the product of a full life considering these questions - does not disappoint." (David E. Fastovsky, author of Evolution and Extinction of the Dinosaurs)

What listeners say about Islands in the Cosmos