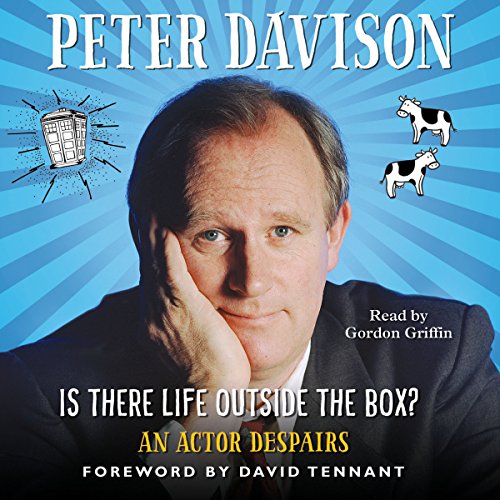 Is There Life Outside the Box?

Is There Life Outside the Box?

Peter Davison became a national treasure for having his arm up a cow in his role as Tristan Farnon in All Creatures Great and Small. Then, in 1981, he secured his place in science fiction history by becoming the fifth Doctor Who. The Time Lord connection continued with the marriage of his daughter Georgia to Dr Who number ten, David Tennant. Davison has starred in countless television series over the last 42 years including Love for Lydia, A Very Peculiar Practice, At Home with the Braithwaites and The Last Detective. This autobiography reveals life inside the box.

What listeners say about Is There Life Outside the Box?

Loved it! As a huge fan of the actor, I found it a delightful listen; humorous and always entertaining.

Peter Davison gives his account of his fortuitous life to date, basing his tales on luck and good fortune. What shines though instead is the warmth and gratitude of an exceptional talent.

The narrator does an excellent job bringing Peter's vibrant prose to life.