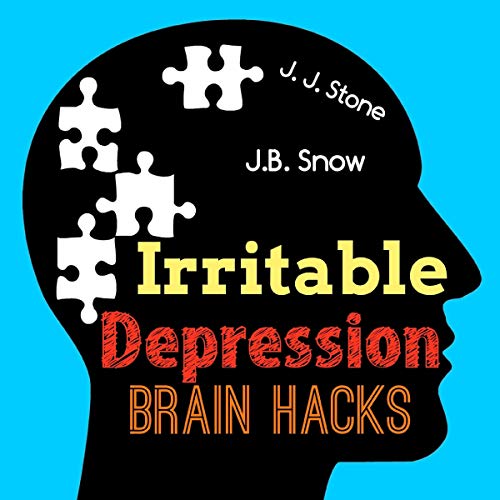 Irritable or agitated depression is a depression subtype that is different from the classic depression signs that we all recognize as sadness and lack of interest in things.

Anger is also included in this subtype of depression, despite most people not recognizing these symptoms as being directly related to a person’s depression.

Classic depression is referred to medically as “Major Depressive Disorder” or MDD.

Most people do not recognize depression as anything other than "sadness", because the word depression literally means “severe despondency and dejection”. Synonyms of depression include: “misery, sadness, sorrow, despair, desolation, pessimism, hopelessness, etc.” The truth of the matter is that a study in 2013 showed that over 54 percent of people reported being agitated and irritable with their diagnosis of Major Depressive Disorder - this is over half the population that isn’t just "sad".

People who have this type of depression often present as being angry and irritable, rather than being the classical symptom of "sad" that everyone links with the word depression.

Depression can be caused by many things that you might not recognize as being depression causes.

Did you know that blood sugar imbalances can cause depression? Sugar is a toxin that causes damage to your brain in excess quantities. Most of us are pre-diabetic, and we are not even aware of it! Most of us suffer from other physical ailments that we don’t seek any treatment for.

Low serotonin or low dopamine can cause depression. Some of these things can be corrected simply by adding...get this audiobook now to learn more.

this book simply outlines all the reasons a person may be experiencing agitated depression. It was 30mins outlining the problem and 5 mind of possible solutions that were not very helpful. the name of the book was hacks. One would have assumed the focus should have been on the solution, not the cause.

Really great hacks and tips for anyone dealing with irritable depression whether in themselves or someone they know.