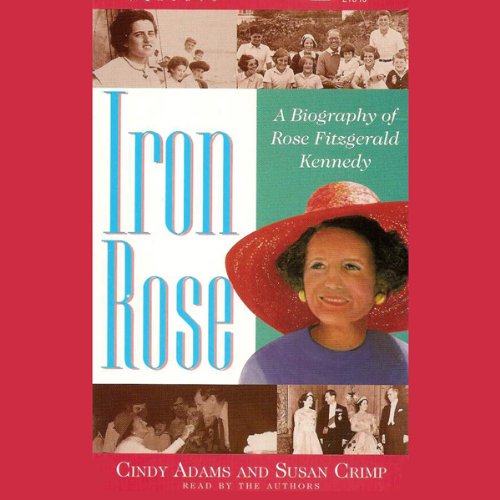 Rose Kennedy was born in Boston on July 22, 1890 and died in dignity on January 22, 1995. Never before had there been such a world famous matriarch; a woman who had given so much and yet had so much taken away.

Iron Rose is the tale of one of the strongest women in America's history; a woman guided by her faith in both her family and her religion. It is a riveting account of the "Queen Mother of Camelot", the real power behind America's political throne over the past 40 years - the one constant pillar of strength who kept America's most powerful and privileged family together. This intimate and revealing portrait of Rose Kennedy sets the record straight and insures Rose her rightful spot as one of the 20th century's most influential women.

This book broke a personal record- the biggest waste of time and a credit both in one book. There is no new information here- you have probably read every bit of the trivia, slime and innuendo in this book in the National Enquirer. What's really bad is the Enquire probably told it better. The narrartor is a drama queen and you finish the book feeling like you need a shower.

For anyone who wasn't around to live through the Kennedy years, this is a great overview of Rose Kennedy's life and the Kennedy dynasty. It's an easy listen and quite entertaining! Mrs. Kennedy was the ultimate pillar of faith and strength and lived until 104 ... many could learn from her story.