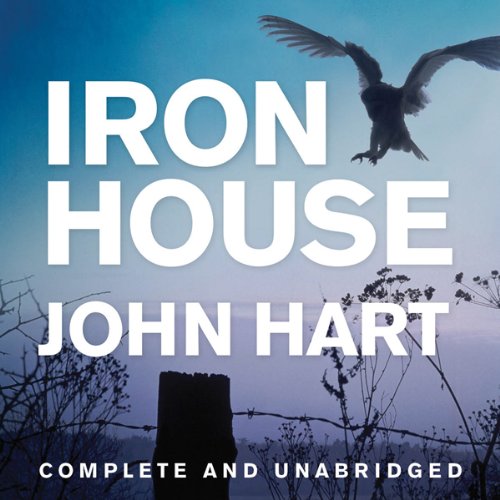 Two babies left to die in an icy creak. Two boys who must fight to survive. Two men, two very different lives. One unbreakable bond. When a twelve-year-old boy murders his tormentor in their brutal orphanage, his older brother takes the blame and runs to New York - into the heart of organized crime.

Two decades later, Michael returns to North Carolina with a sentence on his head, the mob in hot pursuit and his long-lost brother in trouble of a different kind. With vast sums in play, political fortunes at risk and bodies piling up, the brothers must reunite to solve the mystery of their shared past.

What listeners say about Iron House

Iron House is a sheer work of genus! John Hart gave me what I like in horror thrillers. He gave me the waling through dark corridors with sounds that set my nerves on edge. He made me give thought about wanting to see what’s around the corner and he did this all without gore and slice and dice. Rarely will listeners find an author who knows how to stimulate imaginations to stretch beyond their comfort zones.

I'm so pleased to have discovered this author! He writes such great, compelling stories with strong characters, and intricate plots

The two books I've read so far have kept me listening all day and well in to the night.

Bad start but gets better..

Ok this was not Great Literature but if you can hang in there it is ultimately an interesting, fun read. The early book is slow and focuses on introducing the main protagonist; this part feels very cliched and clunky. I was worried that I wouldn't be able to finish it, but after the story gets going it's involved enough to keep you listening and I would say that over-all I did find it enjoyable. If you're looking for an easy to digest thriller this isn't too bad - worth a try. :)