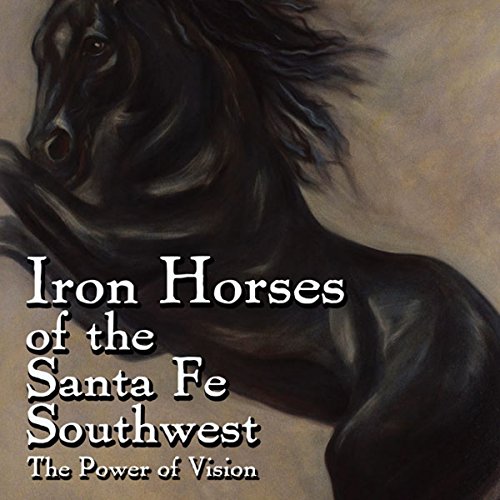 When the leaders of the Santa Fe Railway followed the path of least resistance across the “great American desert” they encountered a world like no other.

This book will introduce you to the team of leading men and women who helped create a vision and an empire: "Iron Horses" like Cyrus Holliday, the engine and father of the Atchison, Topeka and Santa Fe Railway; Fred Harvey, the steam; Mary Colter, the architect of the Southwest; and of William Haskell Simpson, the wise poet and advertising director of the railway for over 30 years, who became an Iron Horse in art, advertising, and public relations.

Then, one of the Iron Horses of today, bold enough to share the visions of the Railway's artists and of other artists, with the world... Philip Anschutz.

It's our Southwest’s story of love, passion and betrayal, of not giving up even when betrayed and ignored. It's the story of warriors brave enough to create a new vision.It will inspire and encourage you to be an Iron Horse in your life, your company, and your industry.

What listeners say about Iron Horses of the Santa Fe Southwest