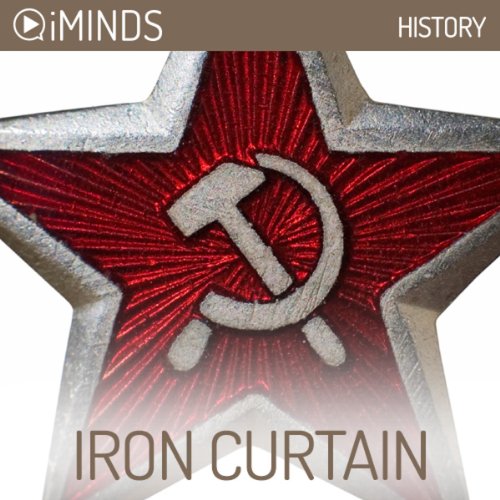 The phrase the Iron Curtain has always had a sinister feel to it, but its history and function often is unknown to many people in contemporary society. Thanks to this well-organized and easy-to-follow audiobook from iMinds, though, listeners are granted a thorough and concise look at this contentious time in Europe’s history. Performed with a gripping dialogue by Hamish Hughes, this audiobook focuses on the involved governments and their differing ideologies, which led to the divide. Whether you’re interested in bulking your range of knowledge or you’re in desperate need of some dinner party trivia, this audiobook is sure to delight.

Learn about the Iron Curtain with iMinds insightful audio knowledge series. The “iron curtain” is the term used to describe the strict division of Western and Eastern Europe between 1945 and 1991. The conflict was between Western Allies and the Soviet Union. Although they had been allies during World War Two, they soon became bitter rivals after it ended.

World War Two was waged from 1939 until 1945. From the early 1940s, three of the strongest Allied powers in the war were the US, Britain, and the Soviet Union. They worked together to defeat the Nazis. But their different ideologies and governments caused the alliance to dissipate after the war. Their different views sparked such a rivalry that a boundary was built by the Soviets to keep out the West. This boundary was known as the “iron curtain”. To understand why the “iron curtain” was erected, it is important to know the differences between the Soviet and US governments.