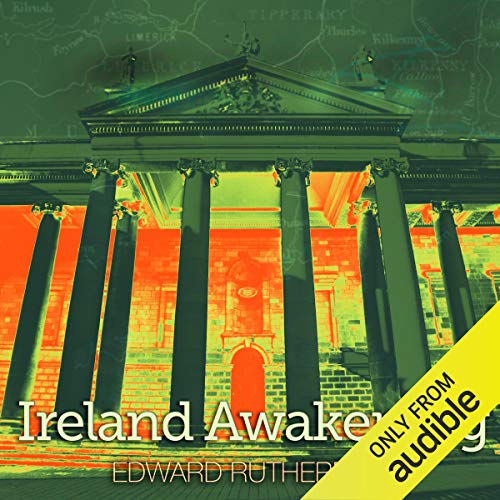 Following the critically acclaimed success of Dublin, this riveting sequel takes the story of Ireland from the 17th century onwards, picking up at the Reformation, and with it the devastating arrival of Oliver Cromwell. Cromwell heralds the inauguration of 200 years of Protestant dominance, throughout which many of the Irish people were impoverished and dispossessed. Dublin is made a Protestant capital, and Catholics become an underclass. Set against the dramatic backdrop of Irish political history, this powerful saga is brought to its conclusion.

This audiobook journeys through the centuries, right up to the 20th century's Easter Rising and Independence, passing through turbulent milestones such as The Year of the French, the Famine and The Home Rule Movement of Parnell along the way.

loved the stories intertwined through historical events and how the Irish might have lived through the centuries. Gave me far greater understanding of the Irish/English conflict and subsequent religious divide.