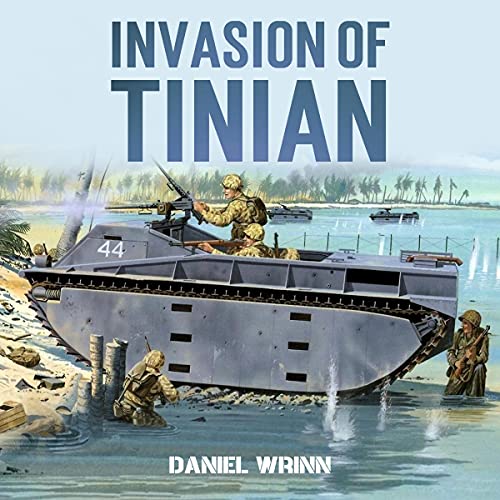 Naval bombardment of the island began on June 14. By late July, once the southern portion of Saipan had been secured, heavy US Army artillery bombed the northern half of Tinian. The landing forces - elements of two Marine divisions and an army regimental combat team - were drawn from those already engaged on Saipan.

Since significant intelligence gaps concerning the island’s terrain and coastal hydrography had been identified, numerous photo reconnaissance missions were flown and data on potential landing beaches were gathered by underwater demolition teams.

This narrative recounts the story of the Invasion of Tinian in vivid, gritty detail. Explore the fascinating feats of strategy, planning, and bravery, handing the Allies what would eventually become a victory over the Pacific Theater and an end to Imperialist Japanese expansion.

What listeners say about Invasion of Tinian