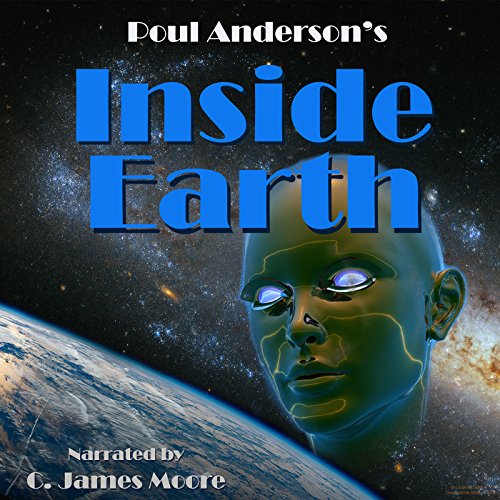 Valgolia, a planet in the Epsilon Eridani star system, conquered Earth generations ago, but their conquest was incomplete. While Valgolians made possible greater prosperity, universal health, and interstellar trade for all Earthlings, the factional frictions of Earth - race against race, religion against religion, culture against culture - continue to bedevil the Valgolian's vision of a peaceable world for all mankind. A world which, once brought around to the idea of equality for all Earthlings, will be ready to join the larger community of the galaxy.

In Inside Earth, first published in 1951, master science fiction author Poul Anderson laid out a vision of America and the world struggling centuries later with the ancient animosities that no war ever seems to vanquish. This exciting short story hints at a unique solution to that never-ending cycle of social, economic, political, and religious discontent. Could a genuine global peace among all mankind be promoted by conquistadors from another world? Conquerors whose philosophy is not divide to conquer, but conquer to unite? That is not how the men and women of Earth see it. Earthlings see only copper-skinned, black-crest-headed rulers in their Valgolian masters, and only rebellion will reboot the world to its former self. Rebel forces seeking to overthrow the Valgolians have begun to coalesce and promote insurgencies around the globe, insurgencies capable of retaking Earth by launching an attack on Valgolia itself from a covert base far out in space.

The Valgolians are well-aware of the pending rebellion; in fact, they are secretly promoting it, with the help of one of their own...a Valgolian military officer named Conru. Surgically-modified to remove all traces of his home planet physiology and made to look as much an Earthing as possible, Conru travels across North America as Conrad Haugen, a Norwegian-American playing the role of a discontented wanderer anxious to join the rebellion's Legion of Freedom. From the Rockies to the factories of New Chicago to remote Hood Island off the coast of Maine, Haugen the provocateur listens to the discounted populace, earns the respect of key rebels, and works his way into the upper echelons of the Legion's forces.

But Haugen's mission comes with a price: a piece of his heart. In Maine, he meets the beautiful, enigmatic Barbara Hood, whose hatred of all things Valgolian stokes the fire of rebellion burning insider her. So good is Haugen's cover, though, and so deep is his genuine affection for this woman of Earth, and hers for him, that she never suspects his mission or his treachery.

As the plans for the final assault on the Valgolian empire come together, Haugen, now a valued and trusted asset to the rebels on their main base planet, stands at the tipping point of the battle's outcome. His love of Barbara is strong, but is it stronger than his devotion to his home world and the Valgolian empire? The warning sirens are blaring, the fleets are massing. The fight for Earth is on. Or is it?

What listeners say about Inside Earth