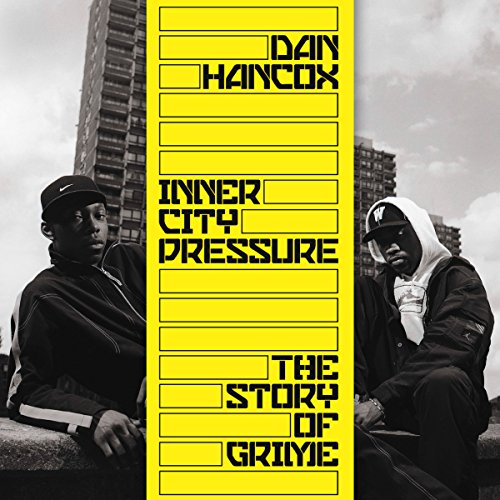 This audiobook is narrated by Ash Hunter, stage and screen actor who is currently playing Hamilton in the West End production of the musical.

The year 2000. As Britain celebrates the new millennium, something fluorescent and futuristic is stirring in the crumbling council estates of inner city London. Making beats on stolen software, spitting lyrics on tower block rooftops and beaming out signals from pirate radio aerials, a group of teenagers raised on UK garage, American hip-hop and Jamaican reggae stumble upon a dazzling new genre.

Against all odds, these young MCs will grow up to become some of the UK’s most famous musicians, scoring number one records and dominating British pop culture for years to come. Hip-hop royalty will fawn over them, billion-dollar brands will queue up to beg for their endorsements and, through their determined DIY ethics, they’ll turn the music industry's logic on its head.

But getting there won’t be easy. Successive governments will attempt to control their music, their behaviour and even their clothes. The media will demonise them, and the police will shut down their clubs. National radio stations and live music venues will ban them. There will be riots, fighting in the streets and even murder. And the inner city landscape that shaped them will be changed beyond all recognition.

Drawn from over a decade of in-depth interviews and research with all the key MCs, DJs and industry players, in this extraordinary book the UK’s greatest grime journalist, Dan Hancox, tells the remarkable story of how a group of outsiders from the margins of urban life went on to create a genre that has become a British institution. Here, for the first time, is the full story of grime.

What listeners say about Inner City Pressure: The Story of Grime

This book perfectly charts the history of grime in its proper social context. it is about neglect of social housing, discrimination, gentrification as well as beats and bars. A really masterful book

This HAS TO be the best grime book! Better than Wiley's, Stormzy's, Collins/Rose... and even, DJ Target's.

This, to me, is The Grime Bible. Cox has referenced all the iconic events and songs in grime to give the 'tabula-rasa' the most accurate and insightful historical experiences of this scene. It is clear that Cox has to be a fan of the music from the very beginning. Otherwise, how is it such a person can document all the influential cultural moments so accurately without leaving anything historical out.

To the fan, this book is such a pleasure to see, IN PRINT, in that all the classic events that took place become documented as a historical piece of literature. I am so glad to see that this book is written consisly as I would never had thought such a book existed. I am also pleased by Cox's journalism to present contemporary British society before it be about the music.

Cox has certainly done a huge service to Grime by making this an ethnography text of multicultural modern London. His writing been a resourceful cultural experience backed up songs with what was actually happening at the time in Britain bringing about justice to the genre and to the demographic. In essence, Cox has written a factual report on this unrepresented British culture... whether you like it or not.

This audio book was a pleasure to hear as the narrator pronounced all the slang terms perfectly and was read with expression along with a suitable accent. It was masterfully edited without a hick-up in sound... Well done, Ash Hunter!

This is what I have been waiting for... for years. I will definitely be quoting and referencing Cox as this is a laudable piece of cultural studies.

If you’re looking for a book on the actual history of grime this isn’t it, the author just uses grime as a backdrop to discuss the political situation in the UK around the early to mid 2000’s - it’s 20% grime music and 80% leftist politics. It’s also strewn with errors (Wiley producing “Roll Off” by Ludacris is a notable one, it’s “Roll Out”) and it’s clearly written by someone who wasn’t actually involved in the Grime scene but is average at googling. To top it off the Narrator gets it all wrong, pronouncing “Lady Leshurr” as “Lady le-sher” and “67” as literally “sixty seven” - waste of a credit for someone who actually lived and breathed grime music growing up.

How do I get my credit refunded!?

If you wanna know what's what in the history of Grime, this is the book for you!

Best book I read in 2019. Written with craft, care and a real love for the genre and the many facinating characters within it. Expect a lot of visits to YouTube for more context. such a great experience reading and jumping into that platform to watch the moments described. expertly researched also. I tip my hat to Hancox, incredible work!

I can't claim to be an aficionado of grime music or know much about this particular youth culture, but it was a book that caught my eye and having seen the genre character assassinated by the right wing tabloids over the years, I thought I'd have a closer look and get the view from the other side.

Hancox writes about more than just the music and the main players in the genre, some of whom I've heard of. I might be middle-aged but I don't live in a cave..... Stormzy, So Solid Crew, Dizzee Rascal, Wiley, Tinchy Stryder. Others are less familiar.

I might have benefited from a print version which I could have run in tandem with some music samples from the artists mentioned throughout the narrative, but that wasn't really an option as this was an audio book. I'm not a student of music so a lot of the jargon about the construction of the music and the pace of it - 140 beats, 16 bars, blah blah blah was just kind of white noise to me.

I liked the information which was imparted. It was educational, informative, angry and an effective counter argument to the shallowness and distorted viewpoint of the mainstream media's depiction of the grime scene.

Looking back I think most forms of youth culture get villified before ultimate acceptance ...... rock n roll, hippies, punk. The point of acceptance might just signify the death of something exciting, energised and vibrant.... possibly.

Narration was good, though the pronunciation of a word or two which recurred during the narrative slightly irritated me.... MACHISMO - is it said MUH-KIS-MOW or MACHISMO? A minor gripe.

Overall very good and a bit of a change from my usual reading.

Dan Hancox is a journalist and writes for The Guardian and other publications. Undoubtedly he does a helluva lot more than that. Narration was by Ash Hunter.