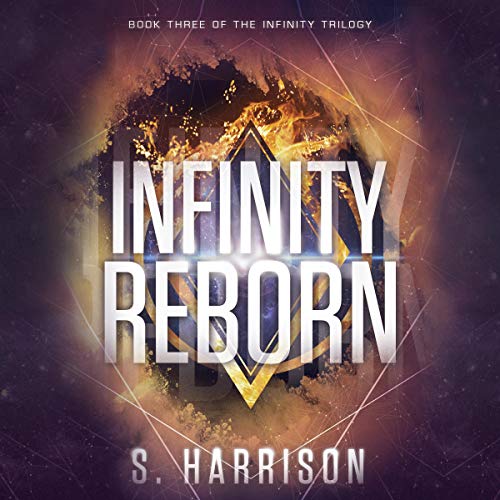 Perfection has its price, and humanity is about to pay...unless seventeen-year-old Finn Blackstone can stop the looming threat. Her father, a brilliant but mad global tech tycoon, has deemed humanity too flawed to tolerate, and he's determined to pave the way for a superior species. Finn is the only one capable of foiling his apocalyptic schemes, but she's being held captive - not only physically but also by the dark secrets and darker impulses within her own fractured mind.

Though her allies are dwindling and she has been betrayed by those she trusted most, Finn makes a desperate attempt to free herself and races to save humanity from total annihilation. To succeed, she must finally accept the truth about what she really is - and embrace the terrifying power she has possessed all along.

Too many battle scenes...everything was fight, fight, fight with very little in the way of character, plotline, or relationship development. Quickest way to get a book published, I guess...

The most interesting part was the dichotomy between the main character's competing personalities and their ultimate merger into a single person.

The least interesting part was the endless, repetitive phrases that hand-held the reader through the characters' emotional states.

The early scene when Carlo and Finn shared their first kiss. It was one of the only moments in the whole series that felt "real."

Could you see Infinity Reborn being made into a movie or a TV series? Who should the stars be?

Three books that span the course of less than 12 hours. So many battle scenes, one right after the other that I almost couldn't keep up with it. Most of the characters were sadly one-dimensional, with Infinity being the obvious exception. Relationships between characters are challenged, but never explored. All in all, this was a very weak series that depended more on action than the actual story.

For a group of people in near constant danger, they take a long time to act.

I loved the real feel of the Characters. Rarely are they singularly good or bad. It kept this reader questioning who is trustworthy. Other than the occasional backtracking to see how something "jumped " , I was driven forward in this book with genuine interest and excitement.

Take Note:
(I would not recommend for those under 14 yrs.)

*There is death with detailed description frequently in this series.

*I caught only one sexual reference (something said ,along the lines of... oh, we were not sleeping... followed with description of knowing looks/responses) and some kissing.

Great book, I loved the story and the narrator! I will be looking for more by this author.

This was a fantastic continuation of the story, but it seemed to end abruptly especially in light of the revelations in the last two chapters. I would have liked to see a little more of the After.
I loved the performance as always. Highly recommend.