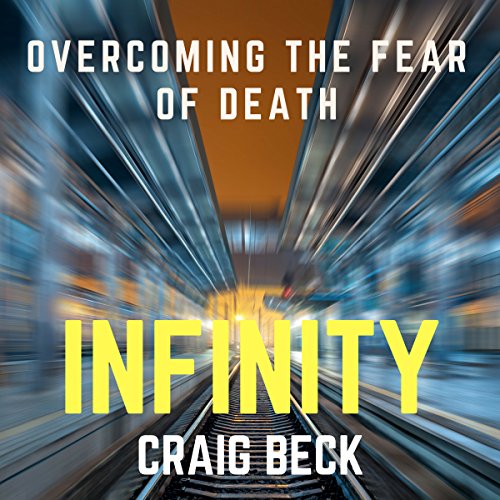 Birth and death are the only two events that we all share. One is remembered and acknowledged every year and is considered a joyful celebration to enjoy. The other we bury deep in our subconscious and never talk of it. We don't just forget that we are going to die but rather most of us spend a lifetime passively terrified by the mere thought of it.

Death is coming to us all and it doesn't care how much money or status you have. As the saying goes "nobody is getting out of this alive" so if you want to ever be truly at peace in this lifetime the first and most important step is to accept your eventual death as readily as you do your birth.

Western society has stuck its head in the sand and prefers the universal pretense that death really doesn't exist; it is just something that happens to other people. Our every dealing with it is sanitized. We don't even like to talk about people dying, instead we dilute it by referring to it as "passing on". We don't talk about it and we don't accept it because for most people the thought of the end is our biggest and most horrific fear.

In this profound and life-shifting book, new thought author Craig Beck takes on this most taboo of subjects. He shows you why you have nothing to be afraid of and how you can find peace in the knowledge and acceptance of death. Not just the death of loved ones, but also ultimately the thought of your own death.

What listeners say about Infinity

Craig Beck is one of my favorite authors and voice on audible. Ive listened to several of his books the first being alcohol lied to me. His books have been life changing. He mentions that he reads his reviews and I want Craig to know that he has made a difference in my life through his work and I am very appreciative of that. Ive recommended to five of my friends already. This book shares some great philosophy for living. Thanks Craig! Your books mean a lot to me! God bless!

So tired of the political nonsense

What disappointed you about Infinity?

At the 40 minute mark and have heard nothing of relevance to the fear of death. Unless you care to hear again about Donald Trump being the next coming of Hitler and how his followers will destroy the world.

Has Infinity turned you off from other books in this genre?

If you could play editor, what scene or scenes would you have cut from Infinity?

He's an amazing author but this book was ok and I found myself not agreeing with a lot of the things he laid out. Most of his other books are top notch. Still hands down one of the better authors out there

Down to earth, practical, no nonsense self-help guide. Thought provoking. My 13 year old daughter has become very interested in Craig Beck's books too.

would have given 4 stars but for...

you're negative inclination towards certain politicians has no place in this book. good thing you kept them brief.
otherwise good serves its purpose and gives a good, alternative perspective.

Everything I needed to hear

I just cant have enough of Craig knowledge, thanks you brother for helping me in this journey called life.

Another profound book from Craig Beck..

Another great listen and thought provoking book. Gave me answers and a new way to consider life and death. Some recycling of other work of Craig's but nevertheless a great audio book too add to my collection from him.

I didn't know who Craig Beck was, so it's a little unnerving to find yourself 1/3 through a book and feel the pseudoscience of New Thought sliding up next to you.

That said, there are a lot of very real things Beck says which fortunately outweigh the drippy part about NDEs. Those real things aren't a particular secret, but they are observed in a quality manner, from the innate contentment of animals to identifying what does and doesn't matter. To realising that it's the ego, not the true self that craves immortality.

Does Beck's book live up to the title? Not exactly, the best parts could be condensed into a single piece of long form journalism. That said, he makes a pretty good go at it, and for those of us who fear oblivion, a pretty good go is better than we expect.

if you not listening to Craig beck. wow