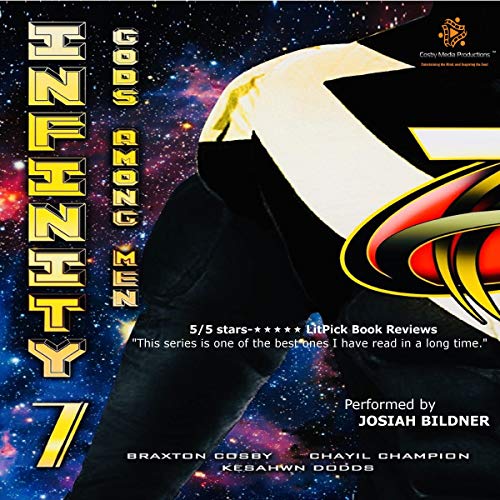 Join Menzuo, The Majesties of Canaan and the Heroes of The Cape as they band together to oppose the forces of evil!

As the eternal, all-powerful Natas Selur - allied by the formidable Judge Amaruk - make plans to return to Earth and exact his revenge on The Majesties of Canaan, Menzuo, along with his comrades, continues his journey as the Universal Protector by refining his battle training in his home galaxy, while The Capes find themselves once again donning their costumes to fight a growing number of evil Super-Normals threats in Hero City.

But when Blur continues to have growing visions of the future and Tenan gets caught in a time-loop using his portal jumping abilities, fate brings all our heroes together to forge an unexpected alliance, with the hopes of stopping the imminent threat to the planet. As they gather together to face Judge Amaruk, Natas, his Giants, and other Super-Normals, Menzuo can’t shake the suspicion that an even larger, more dangerous threat is in route from deep space - one that even this band of Heroes may not be strong enough to stop - hell-bent on not only enslaving planet Earth but the entire universe.

What listeners say about Infinity 7: Gods Among Men

I have enjoyed Braxton Crosby as an author and narrator. He is still top on my list of "Yes, another one to get". And, yes I've enjoyed the other releases in this series. Unfortunately this one just could not keep my attention. I'll wait a little bit and try again at a less hectic time because his work has always been great.
Because of an agreed timeframe I'm posting this and will I'm sure edit my review in the future.
This audio was given to me free and I voluntarily gave this review.

The world building in this one was phenomenal! Really enjoyed it. Keep up the good work guys.