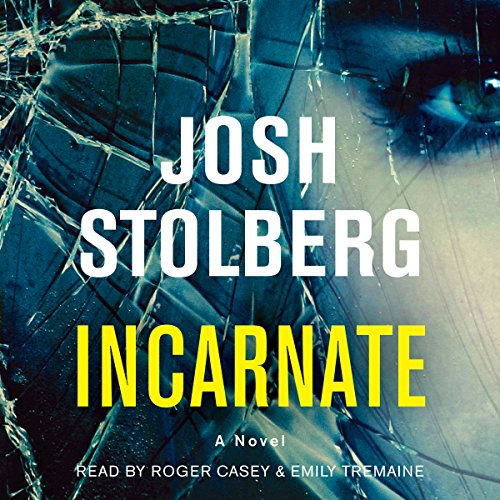 An ambitious and sharp-witted clinical psychiatrist turns detective when one of her patients comes under investigation for a series of brutal murders - is she a psychopath or a victim herself?

Brilliant psychiatric resident Dr. Kim Patterson has one major flaw: She is too committed to her patients. Her willingness to break the rules and use unconventional methods to help her patients heal has already gotten her thrown out of several hospitals. And when Scarlett Hascall is brought into the psychiatric ward, Kim can't resist getting involved, even if it means breaking protocol - because Kim can see what the other doctors cannot. Scarlett is suffering from a rare condition: dissociative identity disorder, otherwise known as multiple personalities.

But even Kim is at a loss when she realizes that some of Scarlett's alternate identities are claiming to be people who have gone missing from their town. And when Scarlett's alter identity "Izzi" knows way too much about the whereabouts of the missing Isabel Wilcox, the police begin to suspect that Scarlett may have been involved with Isabel's disappearance. Only Kim defends Scarlett, certain of the girl's innocence. But her new theory is a radical one, one she can hardly believe herself: What if Kim is channeling the troubled souls of these victims?

With the help of local police officer Zack Trainor, Kim digs further into Isabel's case, trying to find proof that Scarlett wasn't involved. The more they discover, the more it becomes apparent that something strange and frightening is going on with Scarlett. Is it possible she is truly harboring lost souls? Or is Scarlett playing a twisted game with her doctors and the police?

What listeners say about Incarnate

The premise was promising but th he book sagged then dragged.
It offered 2 distinct threads #1)
a psychiatric Resident, a rebel with a cause and #2) the possession of the living by themurdered. The story spins far and gets wilder at each turn, costing th he,readers' chances of staying tuned in and interested.
I coasted through the last part of the book,. The author has good ideas for detective books. I hope to see more , just needs more practice and a decent editor.