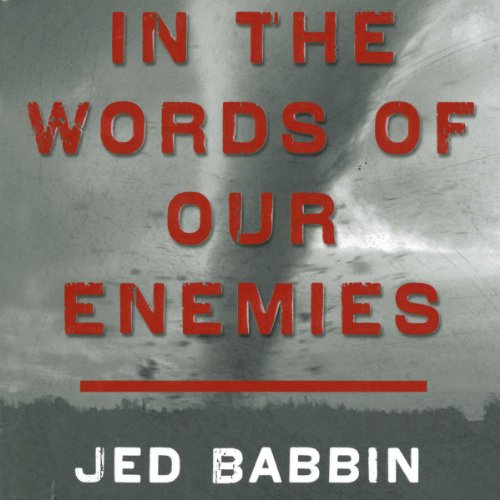 In the Words of Our Enemies

To understand the threat posed to the United States by jihadists and dictatorial regimes, one need only listen to what America's enemies are saying in their own media outlets. Performer Gregory St. John doesn't mince words in this chilling and persuasive wake-up call to Americans. The stark urgency in his voice is well-suited to author Jed Babbin's grave warning. Babbin demonstrates how the same anti-American rhetoric that permeated the Islamic world leading up to September 11 is even more pervasive today. Babbin continues with detailed plans from governments in Russia, China, North Korea, and Cuba to undermine American hegemony, seize U.S. assets, and weaken America's standing in the world.

Years before September 11, our enemy warned us - and we weren't listening. We are being warned today - by enemies like Iran, North Korea, and radicals and terrorists across the globe - but we are still not listening.

Sounding the alarm is best-selling author Jed Babbin (former deputy undersecretary of defense), who exposes the demagogues, dictators, and death squads openly threatening America - with potentially devastating consequences, if we aren't alert to the danger.

Full of stunning detail, In the Words of Our Enemies reveals:

Highlighting our enemies' own words, Jed Babbin gives you, the listener, an insider's intelligence report on the dangers we face. In the Words of Our Enemies gives you the knowledge you need to be forewarned and forearmed in defending America.

What listeners say about In the Words of Our Enemies