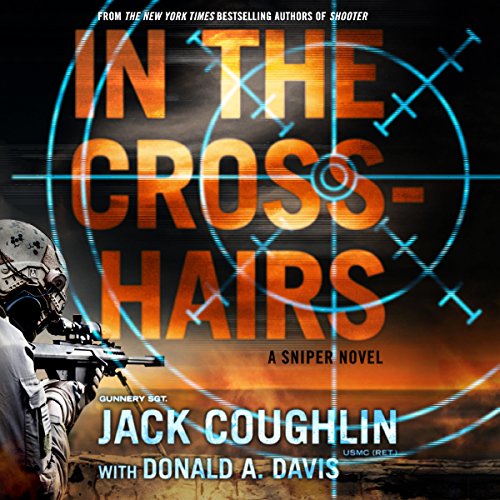 By: Jack Coughlin,Donald A. Davis
Narrated by: Luke Daniels

The Central Intelligence Agency is under attack, and so is its top field operative, Kyle Swanson. The highly decorated former marine corps gunnery sergeant is attending the funeral of a friend when a terrorist blows up the grave. A week later he narrowly survives a grenade attack in Berlin. In Washington, Congress is being told that Swanson has been turned, his private employer is corrupt, and the agency itself cannot be trusted. Swanson is assigned to find the root of the problem and is partnered up with Luke Gibson, a skilled operative rated as being almost as good as Swanson.

They are looking for assassin Nicky Marks, who also was a CIA shooter but now works for a shadowy power broker known as The Prince. But before Kyle and Luke can eliminate the threat, they must identify and find the man who wants them dead. That takes them from the pink poppy fields of Afghanistan to the jungles of Southeast Asia and the streets of America as they learn that The Prince is the ruthless kingpin of a global drug empire that uses CIA planes to transport opium and heroin. Swanson also lines up a secret partner, the beautiful widow of his friend whose grave was desecrated in Mexico, the sharpshooting former commando Beth Ledford, who has her own agenda of pure retribution. Kyle Swanson, at the worst possible moment in a combat showdown, must decide: Do you trust your partner, and, if so, which one?

Would you listen to In the Crosshairs again? Why?

Absolutely! It was so awesome to have Luke Daniels back as the narrator. He IS the voice of Kyle, Coastie, OO and the rest of the gang. Plus the story was intense and sad and awesome all at the same time

Hello - Kyle of course because he is a bad ass!

Which character – as performed by Luke Daniels – was your favorite?

Luke does an awesome Lady Pat! :)

Yes, I listened to this book primarily on long bike rides and the reaction of other joggers and bikers to my facial expressions was hilarious.

I don't know if there will be another book with the way this one ended and if that is the case I'm glad you had Luke to finish it off! Awesome book series! :)

Jack Coughlin is in Flynn/Thor's league ....

I've read all the Vince Flynns, Brad Thors, and the other Top Ten in the genre. This guy - Jack Coughlin and &quot;Kyle Swanson&quot; deserve a place at that VIP table.

I especially enjoy the Excalibur element... and &quot;Coasty&quot;.

Check out this series... and, yes, recommend you read'em in order.

Bummed 'cause I Have to Wait for the Next Episode!

I just listened to this entire series, episode-by-episode, and now I want to go on to the next one … Only, it has not been published yet! Don't you hate it when that happens?

I recommend the "Sniper" series to all fans of military thrillers. It has the bonus that you can start listening anywhere in the series without feeling lost: Coughlin and Davis do a good job of filling us in on all the characters and backstory that we will need to enjoy the current episode. Fans of Daniel Silva’s Gabriel Allon series will see a certain similarity between the two series: Both tell us exciting, well-plotted stories about an aging assassin-with-a-heart. You will not find the literary caliber of the Gabriel Allon series here in the Sniper series; but, in some ways, the Sniper series offers us more escape-fiction enjoyment. After all, Reality kinda sucks sometimes, right? Think of the Sniper series as Summer Blockbuster-ready material, or a really good graphic novel: Boom! Pow! Oof! All the bad guys are unconditionally, irredeemably bad; so we do not mind at all when our hero, Kyle Swanson, blows them away, even with the explicit description. At the same time, Coughlin and Davis give us, in Kyle Swanson, a believable and likable hero, who does not get away unscathed by the way he earns his living.

Now, I am going to pay Luke Daniels the highest compliment that you can pay to an actor: You hardly notice him. He is that good. He has so many voices and so many accents that you feel like you are listening to a multi-actor performance. I think that he could make a bad book sound good … and here, he has good material to work with!

If you are OCD, like me, start at the beginning of this series -- with "Kill Zone" -- and watch how the episodes keep getting better and better. On the other hand, if you are ADD, start here, with "In the Crosshairs" -- or anywhere you like in the series, for that matter -- and listen to the episodes in any order you please. Enjoyment guaranteed, either way.

This book was very good.

I loved this book it was great, 10 out of 10. I would reccomend this book to anyonre.

Have read it twice

This one was so good I found myself listening to it twice. I think I enjoyed it the second time even mor e.

Thank goodness Luke Daniels came back for this one. I really didn’t want to quit the final book of the series.

I really enjoyed this one! Coasty was one of the few female characters I enjoyed and I’m glad she was back. Great story and kept me on the edge of my seat.

Luke Daniels is BACK!!

I am so glad they brought the original narrator back, Kyle Swanson just wasn't the same in book 9

Thank you for listening to your audience and getting Luke back on board. The series is back to it’s best. Please get Luke back to reread Long Shot. I’m sure it’s sales would improve for the change of narration.
Can’t wait for the next chapter. Read by Mr Daniels.

Another great book and I'm hoping for another.

Loved it! the story kept me on my toes and I wasn't quite sure what was going to happen next.
I would recommend.